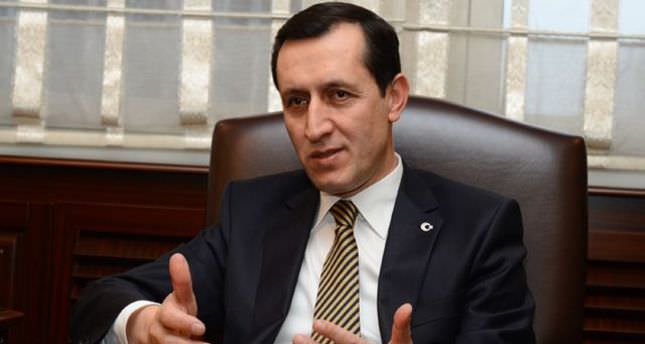 by AA Mar 15, 2014 12:00 am
KONYA – Turkish Deputy Prime Minister Emrullah İşler has claimed that the ruling Justice and Development (AK) Party will perform 7-8 percentage points better in upcoming local elections than its previous vote share of 38.8%. Speaking to journalists in the central Anatolian city of Konya, İşler claimed that the AK Party has gained support amid recent political turmoil targeting it. Stating that some groups were trying to provoke street violence, İşler said: "The protests following the funeral of the 15-year-old boy [Berkin Elvan] wounded during the Gezi Park protests were in fact a simulation of the Gezi Protests and it was held in more than 30 cities." İşler, who said that the government was not against peaceful demonstrations, stated that if protests turned violent then the state had to take security measures to protect the public and private property.