Parliament to discuss the proceedings 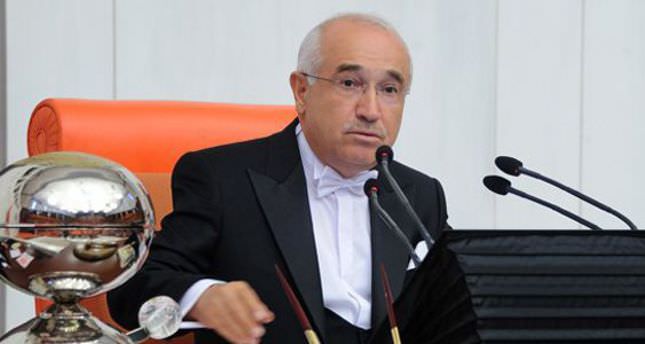 by Mar 15, 2014 12:00 am
ISTANBUL – The Turkish Grand National Assembly (TBMM) will discuss the summary of proceedings concerning four former ministers accused of corruption charges on March 19 at an emergency meeting according to Parliament Speaker Cemil Çiçek. In response to the summary of proceedings about the ministers, AK Party Group Deputy Chairman Mustafa Elitaş has stated that the speaker should keep the proceedings and return them to the prosecutor's office.

Pointing to the fact that the situation about the summary of proceedings should be handled in a legal context, Çiçek said that they have to evaluate all requests (regardless of who they come from) under a legal framework and he personally has to abide by principles outlined in the Penal Procedure Law as the speaker of Parliament and that there is no point in creating new laws if Parliament acts without taking laws into consideration and based on political expectations and evaluations. Çiçek also stated that similar inquiries have taken place in the past and that they were hopeful to reach a resolution.

As to the methodological means that will be used by the General Assembly on March 19, Çiçek noted most parliamentary inquiry requests come from members of Parliament, State Audit Courts, Supervisory Board reports coming from the Office of the Prime Minister and the Council of the State. Moreover, the confidentiality of the inquiry would be taken into consideration.

Elitaş indicated his party would be ready to participate in the meeting if opposition parties express their desire to participate. He also criticized the speaker's office for failing to send the enclosures back to the prosecutor's office, which automatically sent the files before the TBMM requested them.