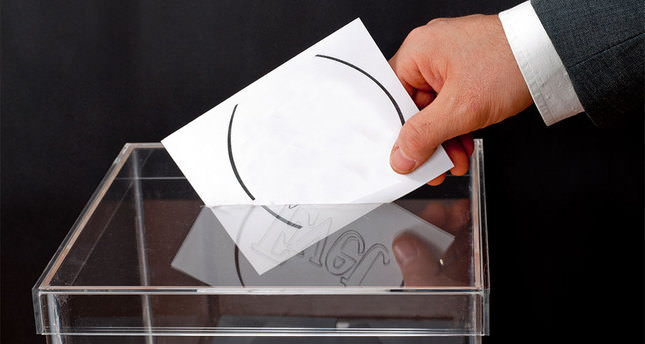 Election fever is spreading across the cities of Trabzon, Ordu, Rize and Samsun ahead of the local elections on March 30, where the race is heating up between the ruling AK Party and the opposition parties

ISTANBUL – Despite the fallout from the Dec. 17 operation and wiretapping scandal orchestrated by the Gülen Movement, recent polls show that the ruling AK Party is set to increase its share of the vote across the country in elections scheduled for March 30. A tight race between the AK Party and Republican People's Party (CHP) is expected in the northern city of Trabzon, which voted for the AK Party in local elections in 2009. According to the official tally in Trabzon in 2009, the AK Party garnered about 47.8 percent of the votes whereas the CHP received 41 percent.

A recently conducted poll of 2,310 people resulted in 35 percent of respondents saying they will support Gümrükçüoğlu and 30.1 percent CHP candidate Volkan Canalioğlu.

One of the cities in the north of Turkey where results could be surprising is Ordu. In 2009, 52.7 percent of the Ordu residents voted for the Democratic Left Party (DSP) candidate Seyit Torun whereas the AK Party candidate received about 39.4 percent. However, Ordu's incumbent mayor Seyit Torun switched parties, going to the CHP from DSP, resulting in a loss of support for him in the city. Poll results there saw 34.6 percent of respondents say they would support the AK Party candidate Enver Yılmaz on March 30 while 33.7 percent favor CHP candidate Torun. The Nationalist Movement Party (MHP) candidate Cemal Enginyurt was far behind with 17.1 percent.

Samsun is one of several cities which have benefited from the AK Party's investments in northern Turkey. Regarded as the AK Party's fortress in northern Turkey, recent surveys suggest that voters there will continue their general voting trends. According to an Objective Research Center (ORC) poll of 3,830 people, AK Party Samsun mayoral candidate and incumbent Yusuf Ziya Yılmaz is expected to garner about 41 percent of the votes while CHP candidate Tarık Cengiz is expected to tail AK Party's candidate with about 29 percent.

MHP candidate Ferhat Günaydın is expected to receive about 17 percent. Considering Yılmaz's popularity and his 14 years mayoral experience in the city, Samsun seems set to continue its voting trends at the ballot box.

In Turkish Prime Minister Recep Tayyip Erdoğan's hometown Rize, the AK Party looks set to win by a landslide. In the 2009 elections the AK Party garnered 46.8 of the votes whereas CHP received 3.3 percent.

Daily Sabah interviewed a number of locals in those cities to get a feel for public opinion. Ordu Associations' Platform head Şenel Yediyıldız said, "Ordu residents think nationally even in the local election, that's why the AK Party will win the elections. Although the polls show that the AK Party and CHP will be neck-and-neck in Ordu, CHP will probably win only on the coastline of Ordu, but the huge gap between the AK Party and CHP will not narrow down."

Praising AK Party's services in Ordu, Hilmi Özal said, "The AK Party is expected to win in Ordu because the [party] turned Ordu into a metropolitan municipality and the development project in Ordu satisfied local residents."

Ahmet Baştürk, a resident in Trabzon, said, "I will vote for CHP only because I do not want to split the votes in Trabzon. I actually support the MHP, but in general Trabzon residents support the AK Party due to its contribution to the city."

Oğuzhan Şeker from Trabzon, said, "I will vote for the AK Party because I can freely live in accordance with my culture and religious faith. The AK Party's ideologies are in accord with Islam. When we look back, Turkey is much different than it was 12 years ago. The educational development and technological developments of the AK Party have been praised by Trabzon residents. They constructed sport facilities in the city. If you mentioned a double highway in Trabzon 12 years ago, people would have laughed at you, but now double highways are existent almost everywhere in Trabzon. The village roads have also been renewed. The coastline of Trabzon was also planted. These are all AK Party services. Why should we vote for another party in Trabzon? This government is beneficial for my city."

Suat Suskun, a born and raised Rize resident, said, "I will vote for the AK Party. It is more successful than other political parties in the country. Other parties purport black propaganda against the AK Party in every election period, but I believe the AK Party will receive 60 percent of the votes in Rize."

Another Rize resident, Hilmi Karalıoğlu said, "My family and all of my friends will vote for the AK Party. I do not know the AK Party's candidate very well but it does not matter at all. We all vote for our prime minister, we trust him."

Burak Ali Kurt, a resident of Samsun, said, "I will vote for the AK Party. They developed the city much more than the previous governments. The coastline, sport facilities and educational services are praised in the city."

Mehmet Taşdelen from Samsun said, "I will vote for the MHP because of my ideology. I do not like the AK Party's strategies in the country. They are not very good."