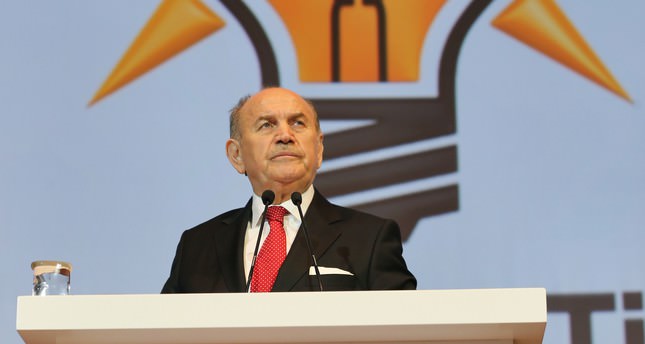 Istanbul Mayor Kadir Topbaş, up for re-election on March 30, says Internet will be freely available in major squares as of April 1.

ISTANBUL – Kadir Topbaş, the mayor of Istanbul, addressed crowds yesterday at the AK Party's press conference in Istanbul and presented a number of progressive projects for the city, including free Internet in Istanbul's 26 public squares starting April 1. Criticizing the opposition for partially using the AK Party's projects for their local elections campaign instead of coming up with original ideas, Topbaş said most of the projects proposed by the opposition were already on the party's agenda. The party has in the pipeline 1,448 projects, with 205 currently being executed and 538 at the stage of planning and tender offer.

"We are not here to contest our projects. Eighteen or 28 projects are not sufficient to be discussed in a city as big as Istanbul," said Topbaş, who claimed the party adopted a reasonable financial management and an integrative approach to take Istanbul beyond global standards.

In reference to the city's water resources, Topbaş said Istanbul has enough clean water to last until 2071 and the air pollution in the city has been minimized.

If re-elected, Topbaş said the municipality will continue to develop the subway system to a final goal of 776 kilometers by 2019. On the other hand, he noted authorities will be building the Eurasia Tunnel, the third bridge over the Bosporus and a third airport for the city while explaining the city has the necessary resources and potential to reach these goals.