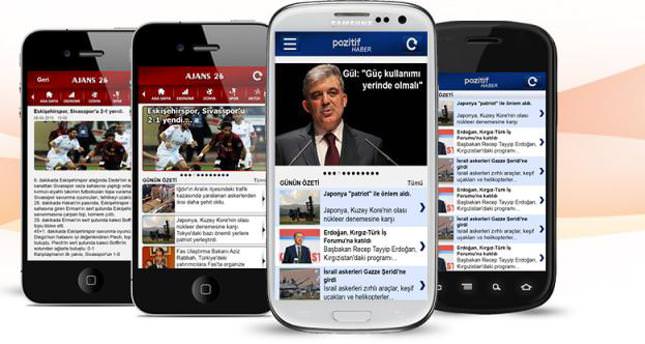 A new bill submitted to Parliament will allow news sites to be recognized as legitimate news outlets and online editors as journalists, paving the way for more rights and responsibilities for Internet media

ISTANBUL – The Turkish government submitted a draft law to Parliament last week in order to recognize news websites as news outlets and online editors as journalists, paving the way for more rights and responsibilities for Internet media. The move came following recent concerns regarding the state of online media in Turkey. The Turkish government has been accused of neglecting the rights of online journalists for years. Online media groups welcomed the draft. Adnan Erdoğan, chairman of the Online Media Association based in Istanbul, said the step was a positive but late one. "We have been working to have Parliament pass such a law for years." The draft, which was signed by Prime Minister Tayyip Erdoğan and his cabinet, proposes amendments to current legislation on press laws to make it possible for online editors and owners of news websites to receive press cards. Press cards are distributed by a directorate under the Prime Minister's Office and are important as the government and state agencies only recognize journalists who hold the popularly labelled "yellow card."

Representatives of Internet media are criticizing the current law due to shortcomings in the system that place them at a disadvantage, for instance not allowing journalists without press cards to cover official ceremonies and state visits. By adding Internet media to other news outlets, the draft law will distribute new rights to online editors. Journalists working in the media sector have more rights such as holidays up to one month in first five years of employment and higher compensation and insurance payments compared to employees in other sectors. Commenting on the draft bill, Mr. Erdoğan said, "It is very nice to see that the rights of online media employees will be clearly recorded in a law, despite many journalists working without receiving these benefits due to the unwillingness of the big media companies."

The proposal also includes more responsibilities for news websites such as requiring a contact page containing the names of the owner and the editorial team. The amendment requires that news articles be stored for up to six months and articles must have a dateline clarifying publication and update time. The bill also obligates Internet media sites to publish responses and rebuttals from citizens who think their honor and dignity was violated by news stories. Websites refusing to publish such clarifications will be subjected to fines.

The bill clarifies that online media will be treated like print media in the eyes of the courts. Sympathizing with online media staff, Erdoğan said they have been struggling to receive the same treatment as print journalists for eight years. "We support the inclusion of online media to the press law along with new sanctions for those who don't want to cooperate within." The last article of the bill will make it possible to receive government advertisement for online media, which is widely believed to be the primary financial source for many news outlets.