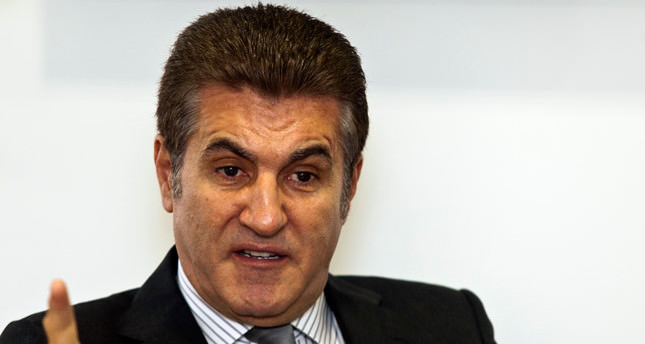 Referring to Turkey's hijab-wearing women who once again gained their natural right to work as civil servants during the AK Party rule, he said that if he is elected in the upcoming elections, he will not remove hijabi women from their posts in the municipality because there are women with hijab who currently work at the Şişli Municipality.

Sarıgül claimed that if he cannot establish a 200-kilometer-long metro line in five years, he would not run for mayor in Istanbul again.
Announcing his projects, Sarıgül said that all public service vehicles in Istanbul would work seven days a week and 24 hours a day to ensure that his construction plans reach fruition.

Underlining his opposition to the location of the third airport in Istanbul, he said that if he were not elected in the local elections, he would visit the government to discuss the location for the airport.

Referring to the prime minister's claims about his political background and misleading the Şişli municipality, Sarıgül touched on the continuous internal rivalry within the CHP and said that the documents Erdoğan had revealed were prepared by former CHP general president and current Antalya parliament member Deniz Baykal during the dispute they had 10 years ago.

The internal rivalry within the CHP started when Sarıgül and Baykal had a dispute that resulted in Sarıgül's resignation in 2004 after strong accusations of corruption and misuse of authority. That rivalry flared-up again when Sarıgül was nominated as the CHP's Istanbul Metropolitan Municipality candidate for the upcoming election.