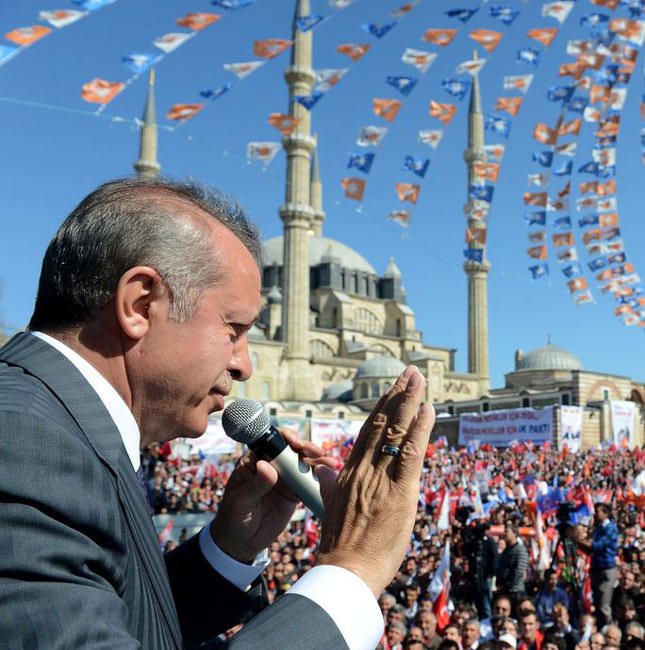 EDİRNE — Turkish PM Recep Tayyip Erdoğan says, 'A ruling party increasing the GDP of Turkey from $230 billion to $820 billion cannot be engaged in corruption at the same time.'

PM Erdoğan touched upon projects ranging from security to infrastructure and said that the promises given by the opposition parties were groundless as they did not record any development in municipalities where they ruled.

"When we came to power, the government we took over from the coalition of the Nationalist Movement Party (MHP) and the Democratic Left Party (DSP), a party close to [the main opposition] Republican People's Party, was indebted to the IMF by about $23.5 billion. We have paid all that debt and now the IMF has asked us to give them a loan," said Erdoğan.

Stating that the main opposition party had objected to all of the projects made by the government, including that of the Marmaray rail project in Istanbul, the third bridge over the Bosphorus Strait and the third airport in Istanbul, Erdoğan added, "We promised to fight corruption, bans on personal rights and poverty and we achieved it - despite CHP's objections."

Accusing the Gülen movement led by U.S.-based Imam Fethullah Gülen of collecting unrecorded funds from people, Erdoğan said that the movement would have to account for their actions.

Erdoğan also said that a new era would start if they come out of the elections with the rate of approval he expected.