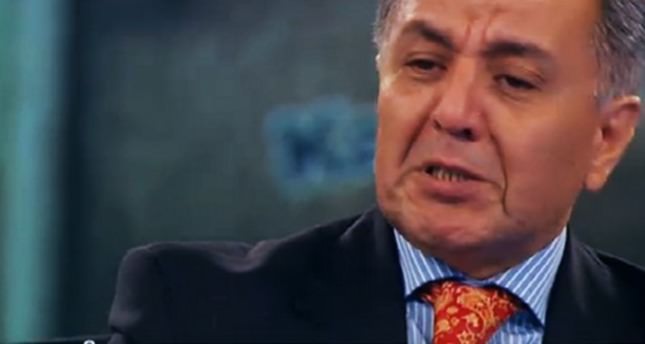 by daily sabah Mar 20, 2014 12:00 am
ISTANBUL – Speaking on a TV program aired on A Haber, theologian Ahmet Keleş yesterday made striking revelations about the Gülen Movement and its leader Fethullah Gülen, a controversial imam who has lived in self-imposed exile in the U.S. for 14 years.

Noting that he served the movement for nearly 25 years, Keleş spoke of the financial resources and the hierarchical structure of the movement. He said, "I even donated my wife's engagement ring and money from my child's moneybox for the sake of the movement during its hard times, for example, the year that the movement set up its own TV channel, Samanyolu TV."

He said all the financial needs of the movement are provided by its followers under the guise of donations, but that the movement used that money to have the upper hand in the U.S. elections by showing sympathy for U.S.-based businessmen.

Referring to the latest scandals in the country, Keleş said the Gülen Movement made its biggest mistake when it tried to discredit Prime Minister Recep Tayyip Erdoğan.

He noted that when he reached the fifth level, he saw the real face of the movement, hiding under the guise of "Hizmet," a Turkish word that means "service." "The seventh or top level is for Fethullah Gülen's throne, and there are sixth and fifth levels," he said. "These levels are organizational levels. Vital services, known only by Fethullah Gülen, are carried out by Gülen's followers that have reached the sixth level. For example, the Dec. 17 operation and the ongoing scandals are carried out by the followers of this level."

He said that the first, second and third levels are public levels, including teachers and students in Gülenist schools, and that the fourth level is an interim stage. He pointed out that the fifth level is a kind of parliament in which the teammanaging organization is gathered and persons on this level carry out "national and international services." "When I reached the fifth level, I realized it was not only a structure established to appoint conservative officers in powerful positions in Turkey but also to prepare to take over the government," he said.
He slammed Gülen and the movement for hiding under the guise of being unaware of the infiltration and its aim to overthrow the government. He said, "There is no way to mask this infiltration."

Prime Minister Erdoğan described the operation as a "dirty coup plot" to undermine the stability of his government and responded to the movement's efforts by removing certain infiltrators in the police and judiciary.