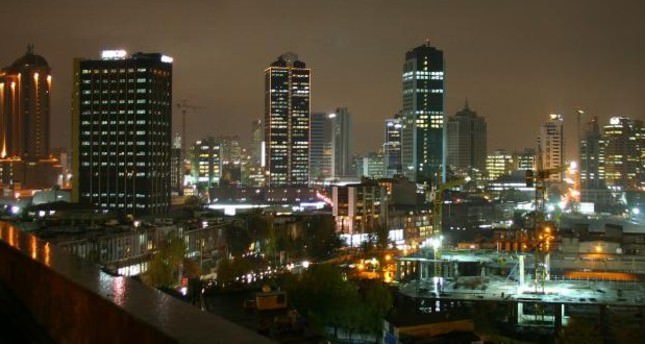 With local elections on March 30 just around the corner, business owners across the country told Daily Sabah that they are anxiously awaiting the results in the hope that the poll will reinforce stability in the country

ISTANBUL – Cited as an emerging economy, Turkey is preparing for local elections on March 30. The upcoming poll is significant in terms of maintaining political and economic stability in the country, especially for small and medium sized enterprises (SMEs). This is true in the sense that local elected officials are expected to be accountable not only for the city's development but also for promoting the growth of SMEs. As such, most SMEs hold their breath ahead of elections since they do not want to see business negatively affected. Turkey has come a long way in ensuring the growth of SMEs.

In the last decade, government incentives supported SMEs, which have in turn offered a huge boost to the economy.

Turkey's Development Ministry set up development agencies across the country in 2011 to fund SMEs and various enterprises. Founded in 1990, the Small and Medium Industry Development Organization (KOSGEB) has been responsible for offering support to SMEs in Turkey. According to figures, KOSGEB has nearly 500,000 registered SMEs, whereas it had 4,000 SMEs in 2002. The KOSGEB's figures say that the organization has offered funding to 187,000 SMEs so far.

Turkey's efforts to access the European Union have had a positive effect on SMEs in the country. Opening a chapter in the EU accession process let Turkey benefit from EU funds. More recently, SMEs in the country have also benefited from EU funding programs. Loan Facilities for the Growing Anatolia (BAKK), a project funded by Turkey and EU's related bodies, offers loans to SMEs across Anatolia.

According to the figures, the loan volume of the project has reached 930 million euros (TL 2.86 billion) in the country.Daily Sabah spoke to employees and owners of SMEs ahead of upcoming elections, with most saying they welcome the government's support and believe that the upcoming elections will promote economic stability.

Mesut Alkan, who works in the machining sector in Sakarya, said, "Most of the firms in Turkey, including mine, have benefited from Turkey's growing economy over the last 10 years. The firms receiving government loans and support can also grow fast, but SME owners cannot be completely aware of the benefits being offered to them. That is why those measures should be explained clearly.
The vote of confidence from companies and the public in the upcoming elections may lead to increased support for SMEs."

Yavuz Fettahoğlu, a man working in construction and the machining sector in Istanbul, said, "I have my own firm and I benefited from those incentives. I currently manufacture a robot used in manufacturing. I think the local elections will turn into national ones because of ongoing issues. If the government changes, both Turkey and the SMEs will be adversely influenced."

Enis Aydoğan, a man working in the real estate sector in Malatya, said, "There are lots of incentives and support [from the government] in my city. I do not think that the local elections will influence political support in my city."

Mehmet Said Kaya, a man working in the construction and textile sector in Mersin, said, "I have not benefited from those government support but lots of firms have benefited in my city. I assume that as long as the government rules the country, those kinds of incentives and support will continue."

Hüseyin Aydoğmuş , an engineer in Istanbul, said, "I have a start-up firm and KOSGEB supported my firm in 2012. Since 2009, technological entrepreneurship has been developing in the country with the help of government services. Those supports and economic stability increase my faith in Turkey."