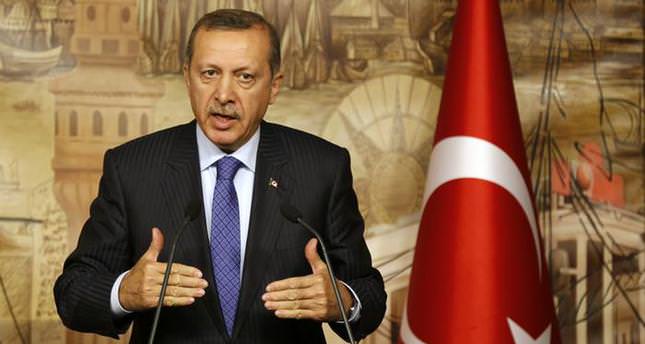 The Supreme Election Board (YSK) said the use of the red Turkish flag in the slickly produced TV ad, which has appeared on major TV channels, websites and social media, breached campaign guidelines for the March 30 municipal elections. "Then we will ban that. We will bring a ban to the ban," an infuriated Erdoğan was quoted as saying by several Turkish newspapers, following a campaign rally late on Wednesday in the northwestern city of Tekirdağ.

The video shows a shadowy figure cutting the cords on a huge Turkish flag, before loyal citizens rush to form a human flagpole to keep it flying, as a voice recites the words of the national anthem. The latest TV ads have sparked debates in Turkey over establishing new rules in electoral campaigns.

A political communication analyst, Istanbul University Associate Professor Hikmet Kırık, told Daily Sabah, "There are two important points to focus on in the TV ad. First, anti-government groups have started believing that the AK Party is raising tension deliberately as a strategy prior to the local elections to consolidate its power.

Second, Erdoğan's emphasis on the "foreign power" aiming to end stability has been viewed as a conspiracy theory. It is a fact that the latest incidents happening in Turkey, including the Dec. 17 operation and the Gezi Park protests, have crystalized society. The AK Party's advertisement is very logical for showing that Turkish people are unified and ignore ethnic and societal differences when someone attacks the flag, which was used as the symbol of Turkey.

In other words, the AK Party in the TV ad says that the Turkish people will never allow malicious people to put a shadow over the country."