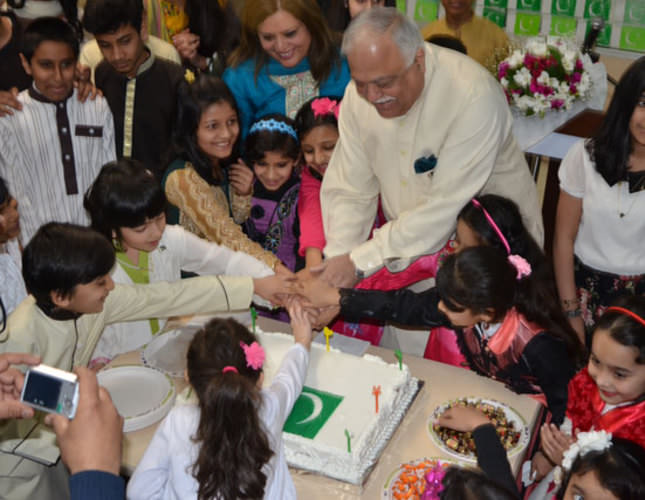 by daily sabah Mar 23, 2014 12:00 am
ANKARA — Pakistan Embassy in Ankara commemorated "Pakistan National Day" at a ceremony today. The Ambassador of Pakistan to Turkey Muhammad Haroon Shaukat read out messages of the President and the Prime Minister of Pakistan in the ceremony joined by the Pakistani community, Pakistani students studying in Turkey and Embassy officials.

The President of Pakistan Mamnoon Hussain in his message urged the Pakistani nation to always hold high the banners of democracy, constitutionalism and rule of law through which this state was created.

Ambassador Haroon Shaukat in his brief speech said that Prime Minister Nawaz Sharif is keen to further boost relations with Turkey in all fields. He said Turkish entrepreneurs have shown keen interest in initiating large-scale projects in the energy, infrastructure development, municipal services and agro-based industry in Pakistan. He also added members of the Pakistani community and students are also the Ambassadors of their country and urged them to continue playing their active role in bringing Turkey and Pakistan further closer.