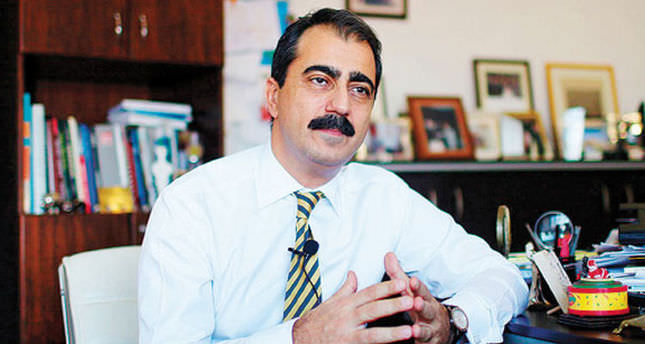 by Yusuf Selman İnanç Mar 24, 2014 12:00 am
ISTANBUL — The head of the Turkish Minority Foundations Laki Vingas has submitted his resignation to Adnan Ertem, the head of the Council of the General Assembly of the Directorate General for Foundations (VGM), a nongovernmental body which represents 166 separate minority groups in Turkey. Vingas' post is expected to be filled by İskender Şahingöz, an associate member of the council.

Vingas, who seriously criticized the way the foundations' body was governed, resigned due to a nearly 15-month delay in approving election regulations for the VGM.

Causing a stir within the VGM, Vingas, who has served for two terms, stated in his letter of resignation that members' rights to elect and to be elected has been harmed for the past 15 months and presents a legal problem.

When Daily Sabah contacted Vingas he refused to comment and said, "Ahead of the local elections, I do not want to ignite any speculations, that's why I will give interviews after the elections."

However, Daily Sabah was able to obtain Vingas' resignation letter, addressed to the "foundations administration" in Istanbul.
In the letter he writes: "Despite ongoing efforts to better the conditions for minorities living in Turkey, the elections within the minority foundations' administrations cannot be held because regulations are not in place. Our foundations have been represented by temporary administrations for decades. I cannot fulfill this duty."

Speaking to Sabah newspaper about Vingas' resignation, VGM head Ertem said, "I wish he had spoken to us first ahead of his resignation. Using the election regulation as an excuse to resign is not appropriate."

Regarding the election regulation, Erdem said, "We worked together for three and a half years. His opinions have always been respected by the council. He could have first come to speak with us."

He noted that the reasoning behind the extension of the election regulation process was to find a common accord among 166 different community foundations.

Sabah's Athens correspondent and member of a minority foundation, Stelyo Berberakis said: "The conflicts appeared previously due to several reasons. Recently, debates also arose after the government returned some of the properties that were confiscated in the early periods of the Turkish Republic to certain minority groups. The conflicts within the minority foundations also deteriorate the situation. The government must work to create a solution for administrative problems and continue ongoing positive policies directed towards minorities."

Laki Vingas expressed to Daily Sabah on Feb. 24 that he is pleased with the government's policies, by stating; "The return of expropriated property is a crucial and invaluable step that gives rise to a great change. A considerable amount of properties were returned to their owners. This process was laboriously started in 2003. Although at the outset it was not like this, now people appear optimistic that this step mitigates injustice. However, we also saw that the process has some shortcomings and it has not addressed all of the needs. Even so, we are happy and if the shortcomings are addressed, we would like to turn a new page."