Israeli boycott of Turkish tourism comes to an end 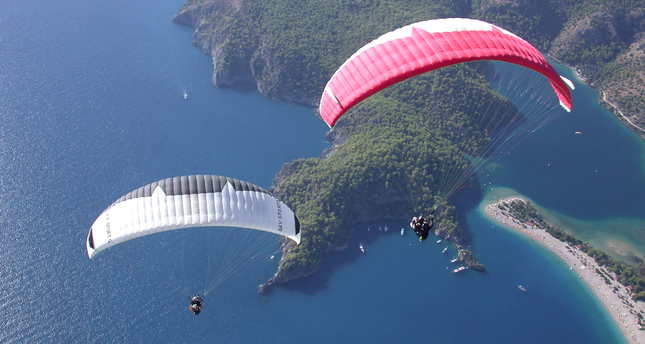 by Anadolu Agency Mar 25, 2014 12:00 am
ISTANBUL — After a four-year pause, Israeli unions will resume subsidizing and promoting tourism to Turkey, according to a recent report by Vaadim, a company that provides information on Israeli unions' economic and social affairs. The move will give 250,000 Israeli workers and their families the chance to enjoy their vacations in Turkey this summer. Israelis most often frequent destinations such as Antalya, Bodrum and Marmaris, and airlines operating out of Israel certainly hope this trend resumes. In 2008, over 500,000 Israelis vacationed in Turkey. "The return of union [travelers to] Turkey will mean more competitive vacation prices for Israeli travelers, even during peak seasons," said Yaakov Alush, the CEO of Vaadim.

But Eyal Kashdan, the CEO of the Flying Carpet travel agency, predicts that Turkey will not be able to compete with Israeli resort towns like Eilat as with destinations such as the Greek islands.

Even so, reservations for vacations in Turkey during the Passover holiday in mid-April are up 100 percent compared to last year, Kashdan says. He predicts Turkey will be among the most popular vacation destination for Israelis this summer and that next year the number of vacationers will return to levels seen in 2008.

Even if this is the case, says Ronen Carasso, the vice president of marketing at Issta travel agency, Israelis should not expect to find package deals for the same prices of vacations in Turkey from 2008. He added, "Compared to Greece, Turkey will likely offer cheaper all-inclusive deals."