Turkey seeks to upgrade customs union accord with EU 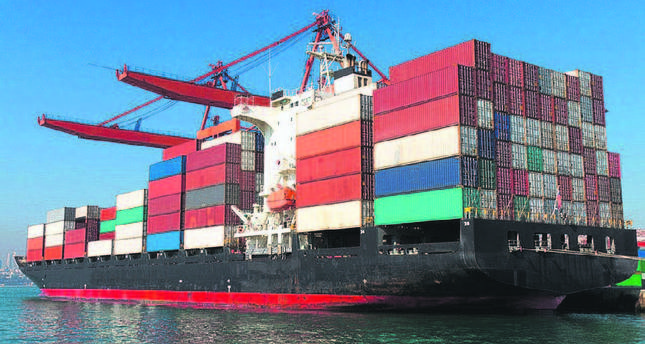 ANKARA — Even though Turkey began accession negotiations with the European Union in 2005, the country joined the EU customs union back in 1995. On the one hand, Turkey's EU accession process is dragging on and there is no certainty that it will be completed; on the other hand, Turkey's customs union agreement does not allow it to be included in mega free trade deals such as the Transatlantic Trade and Investment Partnership (TTIP) currently being negotiated between the EU and the U.S.

The customs union does not allow Turkey to sign a free trade agreement (FTA) with any party without the consent of the EU. But the customs union means that Turkey has to accept incoming goods duty free from third party countries without receiving reciprocity for Turkish goods. Turkey raised concerns about EU third party free trade agreements and increased its initiatives to solve the problem.

Turkish Minister of Economy Nihat Zeybekçi recently stated that if the EU signs a free trade agreement with major economies, such as the U.S., Canada or India, it would have a tremendously negative effect on the Turkish economy and such damage would be impossible to compensate for. "Turkey is in a disadvantageous position because of the 1995 agreement, as it has to lower customs duties for one-third of EU countries, but does not benefit in return from those countries lowering their customs duties as Turkey is not yet a member of the EU. The customs union needs to be upgraded, modernized, and made more acceptable and sustainable," Minister Zeybekçi added.

Turkey's EU Minister, Mevlüt Çavuşoğlu, also addressed this issue and stated that the government is "curently working to update the customs union agreement with the EU. There are some restrictions and non-tariff barriers on some of our products which need to be removed."

President of the Turkey Exporters Assembly (TİM) Mehmet Büyükekşi shares a similar sentiment, "We need to fix the mistakes that were made when the customs union agreement came into force on Jan. 1, 1996. The EU considers its own benefit alone [when] they sign FTAs with third party countries but then Turkey has no right to speak. While the countries that signed FTAs with the EU have the right to sell goods to Turkey under the same conditions, Turkey is required to seek FTAs with these countries, which is unfair. This situation negatively affects our export and foreign trade."

European Trade Commissioner Karel de Gucht and an accompanying delegation visited Turkey in February to discuss these issues.
After the bilateral meeting, Economy Minister Zeybekçi stated that the EU Trade Commissioner agreed the customs union needs to be upgraded, modernized, and made more acceptable and sustainable. Although no Turkish or European officials made statements as to how Turkey's expectations will be met, Minister Zeybekçi recently stated that discussions will resume shortly. "By June, we're going to reopen for negotiation the customs union agreement, to which no sovereign independent state should agree," he added.

"The EU and Turkey should jointly investigate the impact of a deal on the Turkish economy, including small- and medium-sized businesses, which account for a substantial share of Turkish GDP [gross domestic product]. With full Turkish backing, the EU could strengthen its position vis-à-vis the U.S. at the negotiating table, which eventually can benefit both. Being Turkey's primary trading partner, the EU still cannot negotiate on its behalf but at least should take the position of our important trading partner and candidate member state into account," Marietje Schaake remarked.

Under the TTIP agreement, U.S. goods would enter Turkey duty free if they came in via the EU but Turkish goods would not access the U.S. market duty free. A similar case currently exists with Mexico whereby the EU signed an FTA with Mexico but Mexico has not signed one with Turkey.

In order to revise the customs union agreement, the negotiations between the EU and Turkey are likely to start in June. Including Turkey in the TTIP agreement would mean the EU cements unfair trade with one ally country, on the other hand TTIP would also become a means to reconnect Turkey to the transatlantic alliance and also help consolidate and strengthen Turkey's democracy through continued expansion of accountability, transparency and rule of law. However, the legnth of these negotiations and the outcomes remain unclear.