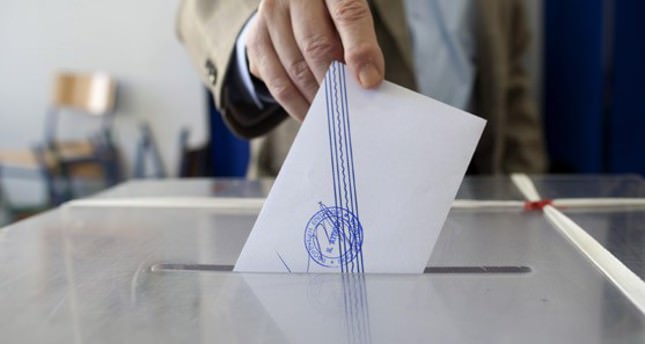 Ahead of the upcoming elections, considered a tough test for both Turkey's political parties and the country as a whole, an Ankara based Turkish think tank has released an analysis of the strategies utilized by parties

Tensions escalated between the Gülen Movement, which is led by controversial imam Fethullah Gülen who lives in self-imposed exile in Pennsylvania, and Turkish Prime Minister Recep Tayyip Erdoğan after the government moved to shut down the movement's prep-schools. It is thought that the rift between the Gülenists, who infiltrated key governmental bodies in Turkey, and the government dates back to when a Gülenist prosecutor attempted to question the head of the Turkish National Intelligence (MİT), Hakan Fidan. Fidan was holding talks with the outlawed Kurdistan Workers' Party (PKK), which took up arms against Turkey in 1984 with the aim of establishing its own state in southeastern Turkey, on behalf of the reconciliation process between Ankara and the Kurds.

The Dec. 17 operation, carried out by Gülenists in order to overthrow the ruling government, is widely accepted as being the breaking point in Gülenist-AK Party relations. The think tank indicated that the movement aims to orient public opinion ahead of the local election by using the operation as a medium.

Asserting that last year's Gezi Park protests and the AK Party-Gülenists rift will have a critical impact on the local elections, SETA has evaluated all parties running in the mayoral race in the light of these ongoing issues.

Referring to the illegal wiretappings of key government authorities, which were doctored by the Gülen Movement, it was reported that the main opposition party the Republican People's Party (CHP), with the help of the Gülen Movement, has been trying to make a dent in the AK Party's electoral strength and Erdoğan's aura of invincibility by utilizing the leaked tapes.

With regard to the AK Party's voting rates, which were 38.8 percent in the 2009 local election, two different theories were proposed for the upcoming election. According to SETA, any figure above 40 percent will embolden the AK Party and Erdoğan and motivate him to run in the upcoming presidential election set for August. Any election result that falls below 40 percent is likely to lead to a reappraisal of Erdoğan's decision to run.

The AK Party's high-profile mayoral candidates are associated with the party's political mentality that the elections should not be regarded as local elections, but rather a critical turning point for the future of Erdoğan and the AK Party. The think tank reported that the AK Party nominated highly influential candidates such as former Transportation Minister Binali Yıldırım, AK Party Deputy Chairman Menderes Türel and former Family and Social Policies Minister Fatma Şahin in localities where their chance of success is slim in an attempt to receive the highest level of votes.

Regarding the CHP's strategy in the local elections, it was highlighted that with the exception of the 1977 election, the CHP never came into power alone as the multi-party system was adopted in the country in the 1950s after the authoritarian single-party regime was abolished. The think tank asserted that the changes to the CHP ideology are due to the failure of the party. While SETA marked the years of 1973 and 1977 as positive ones for CHP's ideological transformation, critics say that the party is looking for the same outcome in the upcoming local election. It was indicated that to a certain extent, CHP elites share the same viewpoint with Turkey's tutelary actors, which have been trying to politically weaken and eliminate the AK Party since it came to power. Differentiating the strategy of CHP's former head, Deniz Baykal, who was forced to resign over a video scandal from today's CHP leader Kemal Kılıçdaroğlu, the think tank said, "Kılıçdaroğlu gave up the ultrasecularist discourse of Deniz Baykal and adopted a rhetoric that focuses on people's daily problems."

Defining the Kılıçdaroğlu period as the "new CHP," the think tank stated that the new CHP welcomed political actors with a center-right background, explaining why it was criticized on the grounds that the party is drifting toward the right. SETA suggested that Nationalist Movement Party (MHP) Beypazarı district mayor Mansur Yavaş's transfer to become CHP's Ankara mayoral candidate was a necessary move for CHP to gain power in a long run.

Turkish academics spoke to Daily Sabah and evaluated Yavaş's transfer to the CHP. Levent Baştürk, an academic at Eskişehir Osmangazi University said, "It can be said that the animosity against Erdoğan is more than just in the ideologies that the parties adopted in Turkey."

Hikmet Kırık, an academic at Istanbul University's political science department, said there is no political alliance between CHP and MHP.

According to Kırık, CHP has tried to influence all voters except its own. As such, he said, "The CHP's move may result in issues within the party, but we need to wait and see how it affects the voting behaviors of CHP voters. The Ankara voter may feel tired due to Melih Gökçek's mayoral candidacy in Ankara for the fifth consecutive time. It may also affect voting behaviors in Ankara."

Sociologist Mustafa Şen, the head of GENAR research institution, said the transfer to the CHP was not welcomed by citizens as it contradicts their values. He added that the public questions these kinds of transfers. Recalling Yavaş's harsh criticism against the CHP a few years ago, Şen said, "The citizens cannot accept politicians who change their approaches."

Nurullah Ardıç, an academic at Istanbul Şehir University Department of Sociology, said the CHP has not come into power by itself for years. He noted because of this, there is fatigue in the CHP's grassroots as a result of the party's long wait for power, hence the need for the party to transfer candidates from other parties.

Turkey's far-right political party, the MHP, saw voting rates drop to 8.35 percent in 2002 compared to its 18 percent voting rate in the 1999 elections. The 2009 elections were a turning point for the MHP as the party garnered 16.1 percent of the votes. Compared to previous elections, a dramatic increase in MHP votes should not be expected. The report said the MHP does not have the upper hand in Turkey's three largest cities of Istanbul, Ankara and İzmir, which have one-third of total voters. The main goal of the MHP is also to keep provinces that are already in its hands. The report pointed to internal opposition within the MHP and a push for renewed grassroots after the party's stagnation during the 16 years of Bahçeli's leadership.

Accepted as the representative of the political Kurdish movement in Turkey, the Kurdish-based left-wing Peace and Democracy Party (BDP) is preparing for the local elections. A democratization package was approved in early March and expedited the reconciliation process by introducing broader political rights, education in one's native language, harsh sanctions against hate speech and reinstating the former non-Turkish names of villages and neighborhoods.

The think tank said, "The BDP enjoys the comfortable environment created by the peace [and reconciliation] process more than the AK Party in Kurdish majority provinces. The party considers the local election results to be a 'make-or-break' juncture for the
process."