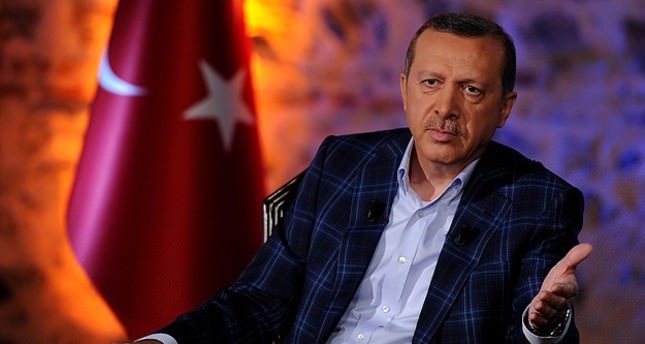 ANKARA — Prime Minister Recep Tayyip Erdoğan offered up review of the current agenda and commented on the Twitter ban on a televised program ahead of this Sunday's local elections. In regards to the current block on access to Twitter, Erdogan said that his concern is not in regards to Twitter usage, but is about the company's policy of ignoring court decisions, warnings and complaints.

"Despite the warnings on violations of personal lives by fake accounts, and court decisions proving the matter, if Twitter does not take serious action, the government is obliged to stop this service", said Erdoğan. The PM also assured that the ban will not last forever and stated that in the case the slated problems are resolved, the ban will be abolished.

Erdoğan said Twitter's transparency report in 2013 showed that several Western countries had made information requests and demanded restriction of access to content and accounts during the year, and Twitter has entertained these requests.

However, Erdoğan pointed out, when it comes to Turkey, Twitter refused to take a court order into consideration.

Concerning reactions from the EU and the U.S. on access to Twitter being blocked in Turkey, Erdoğan said he questioned what he said was their reluctance to denounce France, US and Germany for their requests.