Conflict between the Gülen Mov't and the gov't 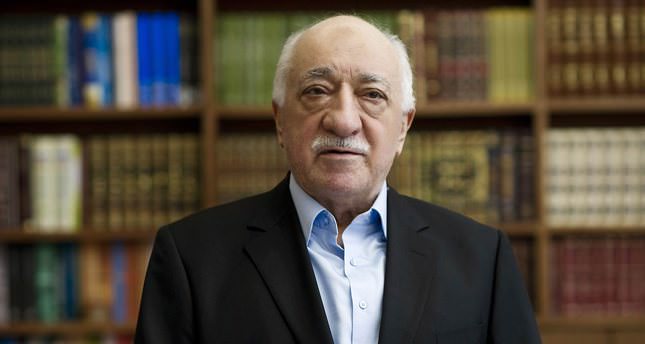 Different segments of the society have explicitly expressed their support for Erdoğan and the government through a notion of protecting the state after the Dec. 17 operation.

ISTANBUL — In the past week, the Washington-based Bipartisan Policy Center published a report titled, "Turkey's Local Election: Actors, Factors, and Implications" signed by Alan Makosky, Eric Edelman and Morton Abramowitz, all known for their poor judgment of Turkey's democratization process.

The report conducted an analysis of Turkey's upcoming local elections through reading basic conflict parameters and tried to explain the elections to American policymakers. The report set forth the following hypothesis: Between 2003 and 2010, the main division dominating Turkish politics was the struggle between the secular and conservative segments of the society. The conservative wing was represented by the Gülen Movement and the AK Party, both based along the lines of the National Vision Movement (MGH) founded by Necmettin Erbakan. The secular strata lost following the 2010 referendum, starting a brand new course in Turkish politics.

According to the report, Prime Minister Recep Tayyip Erdoğan did not fulfill his democratization promises and chose the path of authoritarianism instead. Tensions escalated as a direct result of his ambitions and transformed into a conflict between the Gülen Movement and the government. The local elections came along in this atmosphere and are thought to be the first response to the political turbulence that Turkey entered. The report declares Erdoğan will become more rigid following the local elections and will increase oversight over the system in an effort to protect his dominance.

In a strange kind of way, the report says the only way election results will be considered significant is if the AK Party loses. As it is clearly evident, the report is not patient inasmuch as waiting for the elections. With an explicit bias, the report argues that Erdoğan has become a burden on the conservative Islamic segment of the population.

Primarily, one of the remarkable aspects of the report is that it establishes the Gülen Movement as the main actor, that started the probe on Dec. 17 and revealed the corruption allegations "in accordance with procedures." This depiction on its own seems to verify the existence of a parallel structure within state institutions from an external viewpoint regardless of how "poor" the judgment may be.

However, the report's depiction of the existing political conflict is considerably far from reality. Reducing the struggle that occurred in Turkey between 2003 and 2010 to a conflict between the secularists and conservatives is an allegation that is difficult to defend. In fact, the conflict that took place was a struggle on a much larger scale against the Old Turkey's tutelage regime by a wide segment of conservatives acting in accord with reformist lines toward a New Turkey, along with the block comprised of liberals and Kurdish politicians previously marginalized by the state.

Yes, with the 2010 referendum Turkey reached a juncture whereby the tutelage regime unique to Old Turkey would be left behind. The historical juncture began with a new Constitution and brought into action the reconciliation process as a peace project to resolve the Kurdish issue. It would also bring into action the democratization packages in order to provide cohesion between the state and the nation. The prospect of these expectations increased with the AK Party's decisive victory in the 2011 general elections.

As a matter of fact, the AK Party took initiative to create a new Constitution. Despite having a majority in Parliament, the party adopted an approach that emphasized "reconciliation" and led the establishment of a constitutional commission where all parties would be represented equally. After long discussions, the AK Party proposed the approval of articles reaching an agreement in Parliament. It announced and promulgated the democratization package. Many of the steps that were taken by the party indicated Erdoğan did not diverge from the final destination of democratization.

However, during this new course, the Gülen Movement started to falter. The movement first made a u-turn with regard to the solution of the Kurdish issue, a task taken upon by Prime Minister Erdoğan, who undertook political risks. The movement tried to sabotage the process with the Kurdish Communities Union (KCK) case. The ensuing National Intelligence Agency (MİT) crisis was interpreted as an attempt to hinder the reconciliation process and aimed to sending a warning message to Erdoğan, rather than a personal settlement with [MİT chief] Hakan Fidan, whom they have known since his position as president of TİKA [Turkish Cooperation and Coordination Agency].

The Gülen Movement also turned a blind eye to the AK Party's efforts regarding constitutional reforms and disdained the democratization packages. It attempted to manipulate through the use of a parallel structure within state institutions granting them significant control. The movement could not break away from the characteristics of the Old Turkey and became a pos- sessor of those characteristics in attempting to shape the new Constitution, determine the fate of politics and be- come a tutelage candidate.

These details stand out, especially when one goes beyond a neoconservative interpretation of the developments in Turkey. Without going beyond this analysis, it is not be possible to understand the reason why the movement did not receive support from conservative circles throughout the conflict with the government or the suspicions of the secular circles and the detached approach to Kurdish politics. So much so that during this process, even other branches of the Nur Movement - from which the Gülen Movement originated - took an opposing stance toward the movement!

The current state of affairs indicates the struggle has become one that brought the government and the movement against each other rather than the prime minister's personal efforts to protect his power. This is clearly evident by the fact that different segments of the society within the bureaucracy have explicitly expressed their support for the prime minister and the government through a notion of protecting the state. A senior bureaucrat who does not identify himself as an AK Party supporter said: "The prime minister of the Turkish Republic can only come to power through elections and leave through elections. All attempts apart from this will find themselves facing the state."

Accordingly, interpreting the current situation as the prime minister's attempts to increase his control over the system as claimed by the report does not seem realistic. In actuality, the current process is one of normalization within different ranks of state institutions and the bureaucracy.

In other words, this is a period to terminate the tutelage of a minority over state institutions, because reform in the bureaucracy is moving toward a resettlement inclusive of National Vision, Islamist, Nur Movement, nationalist, social democrat, liberal, left-wing and Alevi circles. Perhaps the current tensions are steps on the way to the New Turkey.


On March 14, 2014, the Bipartisan Policy Center published a report titled, "Turkey's Local Elections: Actors, Factors and Implications." The Washington-based think tank previously published reports on Turkey. This particular report was compiled by Morton Abramowitz and Eric Edelman, former ambassadors of the United States to Turkey. The report mainly claims that the current political situation in Turkey is "highly worrisome" for American interests as the authors claim the country is becoming less reliable and stable, going as far as comparing it to Saudi Arabia and Pakistan simply based on the notion that these countries share Islamic values. The authors disregard the radically different political cultures and economic and social situation in these countries, reducing the judgment to a monolithic rhetoric. Bipartisan Policy Center describes itself as a think tank which "drives principled solutions through rigorous analysis, reasoned negotiation and respectful dialogue" charac- terized by "politically balanced policy making with strong, proactive advocacy and outreach." The Center was founded in 2007 by former Senate Majority Leaders Howard Baker, Tom Daschle, Bob Dole and George J. Mitchell.
Last Update: Mar 28, 2014 4:17 pm
RELATED TOPICS