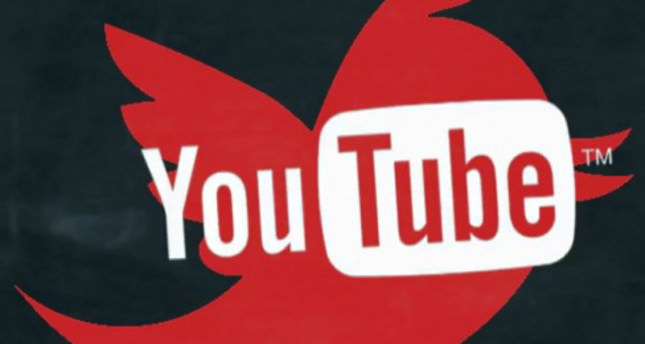 Despite growing concerns over freedom of expression, government officials claim that Twitter was banned because it failed to comply with court orders while the ban on YouTube followed the illegal wiretap of a senior-level meeting at the Foreign Ministry about the country's strategy to protect the Suleiman Shah tomb, a Turkish enclave in Syria under threat from the al-Qaeda-linked terrorist organization, the Islamic State of Iraq and the Levant (ISIL).

According to sources close to the government, Turkish Foreign Minister Ahmet Davutoğlu and EU Minister Mevlüt Çavuşoğlu are scheduled to meet with European officials in Brussels and Strasbourg in the coming weeks to express Turkey's concerns regarding national security. On Tuesday, Ahmet Davutoğlu will attend a NATO foreign ministers meeting in the Belgian capital that will concentrate on Russia and Ukraine. While in Brussels, Davutoğlu is expected to meet with key EU officials and discuss a recent ban on various social media platforms during bilateral meetings. On the sidelines of the talks in Brussels, Davutoğlu will also meet with U.S. Vice President John Kerry to discuss Ukraine and developments in the Middle East. Later on, the Turkish Foreign Minister will travel to New York for a series of meetings at the U.N.

Regarding a recently-leaked sound recording that resulted in the ban of YouTube, Çavuşoğlu remarked that leaking a senior-level meeting of state officials amounted to treason.

Similarly, Foreign Minister Davutoğlu maintained that "states have the right to take such measures everywhere in the world. We ask for the kind of respect that any other country would be shown if they faced the same situation."