FM to ask EU counterparts, "What would you do" 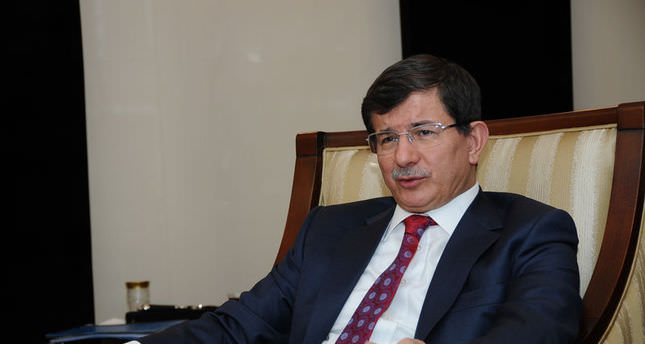 by Mehmet Nayır
Apr 01, 2014 12:00 am
ANKARA — After Sunday's local elections, Turkey is planning to take on a new approach in foreign policy. Foreign Minister Ahmet Davutoğlu is taking the first step to this accord by paying a diplomatic visit to the EU capital of Brussels and later to New York on April 1-2.

His main aim will be to overcome the one-sided misinformation which attempts are being made to impose abroad following the Twitter and Youtube ban. During his two-day bilateral visit, Davutoğlu will explain the recent developments and measures which are being taken due to national security concerns. This might also be a good chance to ask his counterparts the question, "What would they do if they had faced the same situation"

FM Ahmet Davutoğlu shared the details of his Brussels trip on Monday with Daily Sabah. He said that the Twitter and Youtube companies should respect Turkey's national law" and he added that "Turkey demands those companies to implement the decisions of the courts and ensure the protection of users' privacy."

According to international standards, as is the case in many other countries, Turkey should be respected for any measures taken in terms of national security concerns. During both his Brussels and New York trips, Davutoğlu is planning to define Youtube and Twitter as not being banned but suspended temporarily in order to protect citizens' right and personal privacy.

Foreign Minister Ahmet Davutoğlu will continue where he left off after a tough and eventful election process, which included events such as leaked recordings, the Dec. 17 graft probe and the truck raid.

Foreign Minister Davutoğlu will also be attending the NATO Foreign Affairs meeting on Tuesday, April 1. Davutoğlu is expected to hold a meeting with United States' Secretary of State John Kerry and High Representative of the Union for Security Policy for the European Union, Catherine Ashton. On Wednesday, Davutoğlu will attend the Syria conference in Brussels, which will focus on the Middle East and Ukraine. The NATO meeting of Foreign Affairs will also evaluate the preparations for the summit between September 3-5.

These are profiting commercial companies

Davutoğlu said, "Twitter and YouTube are not about total freedom, they are commercial companies. We demand broadcasting to be ceased especially when it comes to our national security. Turkey's national security cannot be left to a company that is not paying attention and is procrastinating. Our demand is the practice of law. The implementation in Turkey is a temporary precautionary measure, it is not permanent."

The United Nations and the European Union are to hold a summit meeting in Brussels, where Cyprus is slated to be one of the main topics discussed.