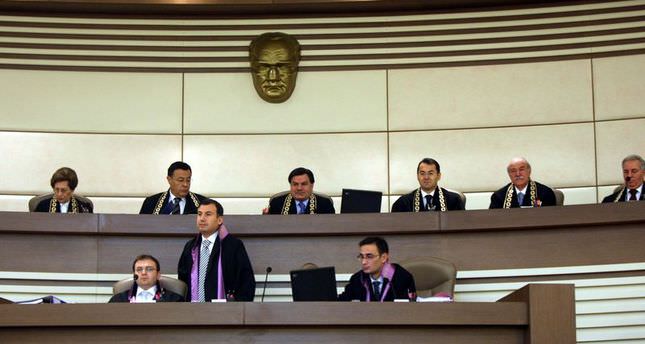 ISTANBUL — The Turkish Constitutional Court has abolished a law prohibiting the marriage of Foreign Ministry staff to foreigners without seeking the permission of the ministry.

The measure was initially implemented in an effort to prevent Ministry of Foreign Affairs staff from marrying potential spies. The Law Pertaining to the Establishment and Duties of the Ministry of Foreign Affairs previously stated that workers of the ministry were obliged to seek approval from the ministry and failure to do so could result in the acceptance of a staff member's resignation. This article was extremely controversial and hotly contested.

In 2010, a number of parliamentarians initiated a proposal to abolish the relevant provision of the law as some of them claimed "the government should not interfere in who an individual wants to marry, and therefore should not make it obligatory for staff to seek the permission of the ministry." Others, however, stated it was crucial to ensure that ministry staff members do not marry spies, in compliance with their duty.

Recently, a Ministry of Foreign Affairs official got married without receiving the ministry's approval and was automatically considered to have resigned.

The staff member, who declined to reveal their name, objected to the decision and took the matter to the Ankara Ninth Administrative Court. They argued that the government does not have a say as to who they could marry and requested an appeal to the Constitutional Court to repeal the relevant provisions. The Administrative Court subsequently appealed to the Constitutional Court based on the fact that the law contravenes principles of equality and rule of law.

The provisions were repealed at a meeting held last week by the Constitutional Court. It was ruled that marriage is a personal matter pertaining to the private life of individuals and it was decided that the state cannot interfere in individuals' private lives unless they pose a threat to the safety and security of the state.