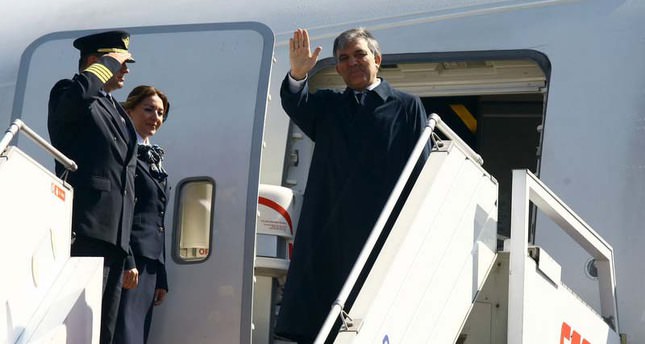 by AA
Apr 01, 2014 12:00 am
ANKARA (AA) — President Abdullah Gül said on Tuesday that official talks in Kuwait will help strengthen stability and peace in a time when risks and threats against security have intensified in the region.

"Business, trade and mutual investments are key aspects of our relations," Gül told a press conference at Esenboğa International Airport in the capital Ankara before he departed for Kuwait.
He will be visiting the Gulf country between April 1 and 3 at the invitation of Emir Sabah Al-Ahmad Al-Jaber Al-Sabah.
During his stay, Gül will attend the Turkey-Kuwait Business Forum and meet business representatives at a working breakfast, adding that he will receive CEOs of Kuwait's leading financial institutions.
"I think we can further our existing cooperation in construction, health, tourism, finance and especially defense," he said.
Gül expressed his belief that the visit will contribute to the reinforcement of Turkey-Kuwait relations. The president said he would also exchange views with Kuwaiti state officials on regional developments.
During the sixth visit at the presidential level between the two countries, Gül is also scheduled to meet with Kuwaiti Prime Minister Sheikh Jaber Al-Mubarak Al-Hamad Al-Sabah.