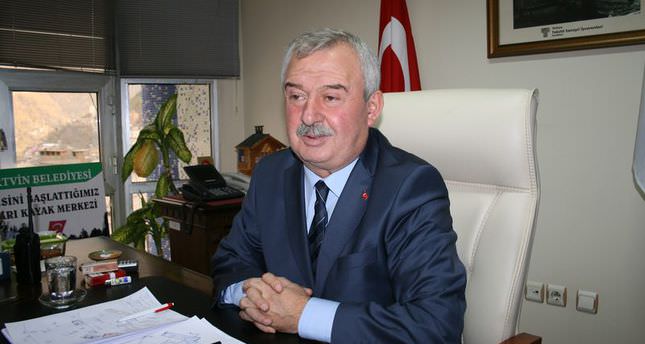 by Daily Sabah Apr 02, 2014 12:00 am
ARTVIN — CHP Mayoral candidate from Artvin Emin Özgün, winner of the former 3 elections, left his position to become an AK Party candidate.
According to Özgün, CHP's unity with the Gülen Movement was the cause of failure for the party in elections. An alliance with the Gülenist made by the CHP party caused a loss of its own social democratic base.

"Exaggerated more vote promises didn't bring more support" Özgün said in regret.
"Gulenists came before the election and we made a deal with them," confessed Özgün.