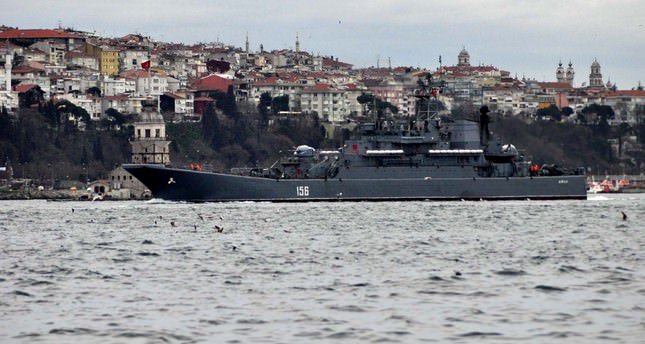 by AA Apr 03, 2014 12:00 am
ANKARA — Turkey has rejected Russian criticism over its adherence to a maritime deal after claims that U.S. warships which sailed through Turkish waters outstayed their allotted time in the Black Sea.

Lavrov said that Russia had attracted the attention of the United States and Turkey; Ankara controls the Dardanelles and Bosphorus straits, the entrance point to the Black Sea.

Turkey rejected Russian claims related to Montreux Convention Regarding the Regime of the Straits, a government official said.

Bilgiç said that Ankara had answered questions from the Russian Federation.