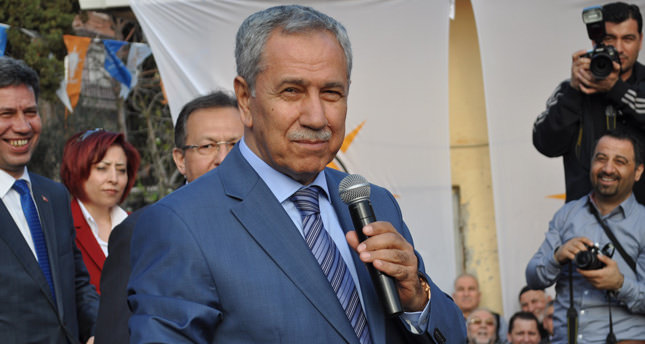 "Our candidate will hopefully be elected as president in the first round," Arınç told Anadolu Agency. "AK Party's vote range is around 46 percent despite every anti-campaign. This shows that normally our votes is around 50 percent mark."

Responding to criticism of irregularities in the voting, Arınç said there was nothing wrong with the overall election.

"Every party, candidate or official can object the results with their reasons by going to province's election board or supreme council, these are all legal," he said. "But if they keep repeating their objection unjustly and in an effort to political manipulation, they have to leave such manners."

Turkish presidential elections will be held in August 2014 and voters will go to polls once again in 2015 for general elections to decide their new government.