Confidence in Erdoğan's will for his political future 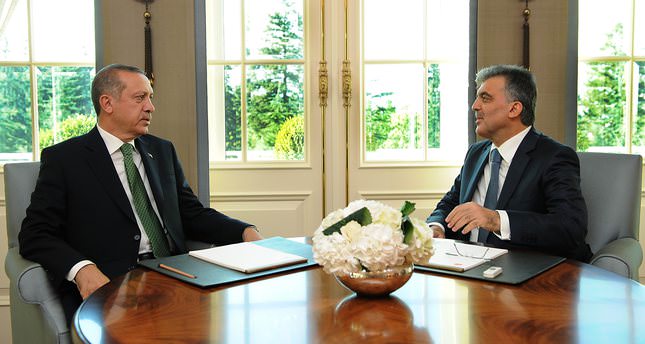 Whether he eventually chooses to run for president or decides to serve as prime minister for a fourth term, Recep Tayyip Erdoğan has the confidence of the majority of the public, experts say

ANKARA — Turkey's local election results widely were seen as a popular referendum of confidence for Prime Minister Recep Tayyip Erdoğan. The ruling AK Party, which saw a 7 percent increase in its electoral support from local elections five years ago, has dominated Turkish politics over the past decade during a period of great prosperity.

Therefore, Erdoğan's win eased market concerns over instability. The Turkish stock market BIST rallied and the Turkish lira strengthened against the dollar and the euro. Some political analysts say Sunday's outcome suggests that a majority of Turkey's 52-million-strong electorate, including many first-time voters approve of Erdoğan's rule. It is also a positive sign for the Turkish leader ahead of August's presidential race. Galip Dalay, researcher at the Foundation for Political, Economic and Social Research (SETA), thinks the same.

"Despite the fact that the prime minister referred to the results of the last local elections, 38.8 percent, as benchmark, it was widely believed that the psychological threshold was set at 40 percent. Anything above this ratio would have been perceived as a victory. By contrast, anything below this outcome would have been regarded as a defeat. By garnering 45.6 percent of the votes, it is obvious that the AK Party emerged victorious from the local elections, remarked Dalay. Erdoğan has yet to declare his candidacy, although after three terms as prime minister, many are expecting him to stand. Moreover Erdoğan hinted at the possibility in his balcony speech on Sunday night. "We will try to stand faithfully for whatever [responsibility] is entrusted upon us," he told supporters.

Erdoğan wants to remain as the primary actor in moving Turkey to reach its 2023 goals.

I believe this will constitute the main factor in Erdoğan's calculation in deciding to run for the presidency. If Erdoğan believes that he can chart Turkey's direction from the presidential office, he will run for office. If not, he is likely to go for the fourth term as prime minister," Dalay said.

Yet, Erdoğan needs to abolish the AK Party's three-term rule which prevents any member from serving more than three terms as deputy.

In his previous speeches Erdoğan strictly refused the abolishment of the rule, but AK Party Deputy Chairman Hüseyin Çelik said on March 8, there is pressure from both voters and businessmen to cancel the rule. In case of abolishment, Erdoğan will be able to run for the prime ministry again in the next elections. Yet, Erdoğan himself prefers to keep his silence regarding the matter, and in his previous speeches he pointed out that the Turkish people are the only decision-makers. The current president and Erdoğan's former political ally Abdullah Gül said: "Erdoğan and I will discuss this matter and advise each other as we have been in politics together for long years." He also added, "As of May, Turkey should include this presidency election on its agenda." Deputy Prime Minister Bülent Arınç said, "Our candidate will be able to win the election in the first stage as we received 46 percent in the last local elections."

Some political commentators believe that Kurdish voters might be decisive in the presidential race. According to the Turkish Economic and Social Studies Foundation (TESEV) Democratization Program Director Özge Genç, it would be speculation to say anything about whether the Peace and Democracy Party (BDP) (and its constituency) would support Erdoğan as a president or not. "It is hard to say anything before we know all the candidates and respective strategies of the parties and what kind of political, legal and constitutional steps will be taken in the peace process. On the other hand, one can easily say that if Kurds are left to choose between AK Party candidates for the presidency and a possible [Republican People's Party-Nationalist Movement Party] (CHP-MHP) joint candidate or separate candidates, one should not expect them to support the latter as far as these two parties' negative positioning toward peace is concerned," Genç remarked.

Furthermore, Genç drew attention to another point by saying that we should focus on changes as the president will be elected by the people first time in Turkey's history. "We will have a popularly elected, yet at the same time 'authorized but unaccountable' president co-existing with the popularly elected Parliament and government. This is a totally flawed system of governance. Do we really want that? Do opposition parties CHP and MHP, have this in mind when blocking the system discussion in the constitutional reconciliation committee? If a new constitution had been written, consensus would have been reached with regard to the government system and we would not have this question in front of us and we would perhaps have a much softer debate during the elections," she added.

Based on analysts' comments and politicians' expressions, Erdoğan is the one who will decide whether to run for the presidency or prime ministry after abolishing the three term rule.