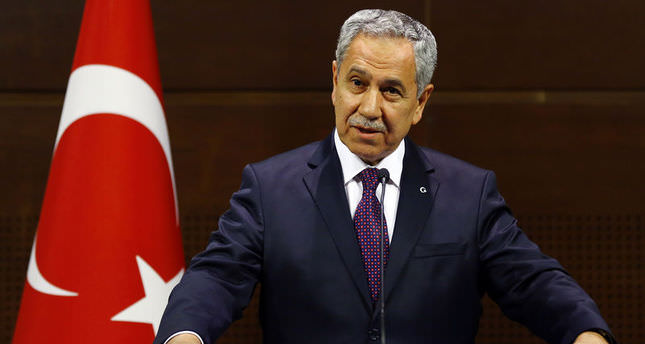 by Arif Söztutan Apr 07, 2014 12:00 am
After the council of ministers conference, Deputy Prime Minister, Bülent Arınç made a press statement.

Remarking on AK Party's victory in the March 30 local elections, Arınç said both illegal and fake tapes could not overshadow AK Party's policy.

Deputy Prime Minister and Government Spokesman Bülent Arınç said, "We have experienced countless slanders, insults and fabricated wiretappings. They were all aiming to influence the elections and harm AK Party's profile on the verge of the local elections held on March 30. They expected votes to be lost and wanted to weaken AK Party before the presidential and general elections. However, they failed thanks to discernment of Turkey's people."

Arınç has also dismissed the allegations against AK Party's government for chemical weapons usage in Syria.

The Deputy Prime Minister also added that Constitutional Court intervened in such an issue that it had no business.