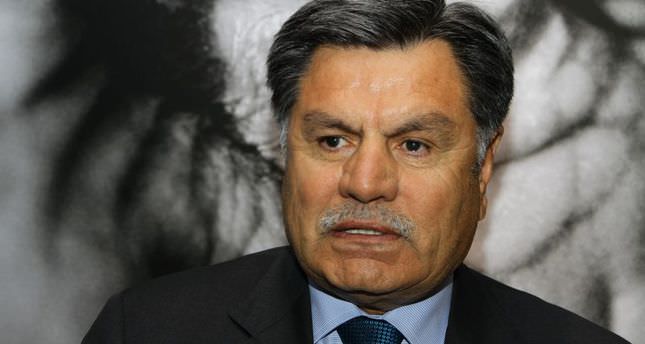 ANKARA — As the ruling AK Party won another landslide victory in the March 30 local elections to pave the way for Prime Minister Recep Tayyip Erdoğan's rumored presidential bid in August 2014, opposition parties have initiated discussions about uniting behind a mutually acceptable candidate. The presidential election will take place on Aug. 10 to mark the first time that the people, rather than the Turkish Parliament, will elect the country's president in line with a constitutional amendment adopted in 2007. Political analysts agree that the local election results may be considered as a vote of confidence for Prime Minister Erdoğan and might encourage him to participate in the upcoming presidential race.

Even though incumbent Abdullah Gül seeking re-election remains a possibility, both Erdoğan and Gül recently stated that the situation at hand would not create tensions within the AK Party.

During an official visit to Kuwait last week, President Gül told reporters that neither himself nor the prime minister would take any steps without further deliberations, while adding that the ruling party's position would become clearer by late April or early May.

Similarly, Prime Minister Erdoğan remarked at a press conference prior to an official visit to Azerbaijan that Gül and himself would "reach a decision after discussing the matter among ourselves." The prime minister also ruled out the possibility of holding early elections for Parliament alongside the presidential race. Recent statements from both leaders thus revealed that compromise and dialogue, as opposed to conflict, will dominate the election season for the ruling AK Party and unite progovernment voters around a single candidate from the party.

Despite peace and calm within the AK Party, the possibility of settling on a challenger remains distant as opposition parties refrain from committing to such plans. Regarding the matter, main opposition leader Kemal Kılıçdaroğlu of the Republican People's Party (CHP) recently argued that the country's opposition forces were prepared to nominate a unity candidate for the second round of the presidential election, where the winning candidate has to win simple majority. Noting that the AK Party was unlikely to receive 50 percent of the vote in the first round, Kılıçdaroğlu said that the ideal candidate must not be a partisan figure. "We want a highly educated president with a good knowledge of both Turkey and the world - somebody that all citizens can accept," the CHP chairman added. In earlier months, Kılıçdaroğlu had repeatedly argued that his party would like to nominate a female politician for the presidency while refraining from discussing specific individuals that the main opposition would prefer.

Despite advances from the CHP, Nationalist Movement Party (MHP) leader Devlet Bahçeli repeatedly said on the campaign trail that the people would force Prime Minister Erdoğan out of power with 51 percent of the vote. Bahçeli's remarks hinted that the MHP leadership might be willing to join forces with the main opposition in order to defeat the AK Party's presidential candidate. Bahçeli, however, openly rejected claims that his party would endorse a common candidate with the CHP. "We will nominate our own candidate," Bahçeli told reporters last week.

Even though the prospect of an electoral alliance between the CHP and MHP remains doubtful, several names have already taken the lead in early assessments at the Turkish capital's backstages. While some believe that deputy Parliament Speaker Gürdal Mumcu (CHP-İzmir) might be on the secular opposition party's list of potential candidates, others speculate that several female politicians including former minority whip Emine Ülker Tarhan (CHP-Ankara) and outspoken secularist parliamentarian Birgül Ayman Güler (CHP-İzmir) might be close seconds. Meanwhile, four-term lawmaker and former Interior Minister Meral Akşener (MHP-Istanbul) seems to lead the race for MHP candidacy. Furthermore, opposition sources several non-parliamentary figures including Haşim Kılıç, president of the Constitutional Court, one of the possible candidates who would run for the presidency.

Despite many names whispered backstage in Ankara, some political analysts believe that the CHP and MHP which have very different political bases are unlikely to reach an agreement on a common candidate. In addition to this, even if the opposition have common candidates they would have a chance only in the second round of the election.

However, based on the results of the local elections, political analysts believe that the AK Party candidate might get more than half of the votes in the first round, and receive considerable support from sympathizers of other political parties. Another point that needs to be taken into account is, for the first time, Turkish people living abroad will also vote in the presidential election. Approximately 2.7 million Turkish citizens mostly living in Europe will vote for the first time in the presidential election and it is estimated that a considerable amount of the votes would be for the AK Party candidate.

According to the Law on Presidential Elections accepted and put into effect on Jan. 20, 2012, the presidential elections will be held in within 60 days before the end of the term of the incumbent president. The first round of election will be held on Aug. 10. If in the first round no candidate receives more than half the votes, the two candidates with the highest number of votes in the first round will compete in a second round to be held on Aug. 24. In the second round, the candidate who receives the most votes will become president. The presidential elections campaign will be held in an "American manner", where candidates can accept personal donations for their campaigns, however, one person cannot donate more than TL 8,259 (approximately $4,500) to a campaign.