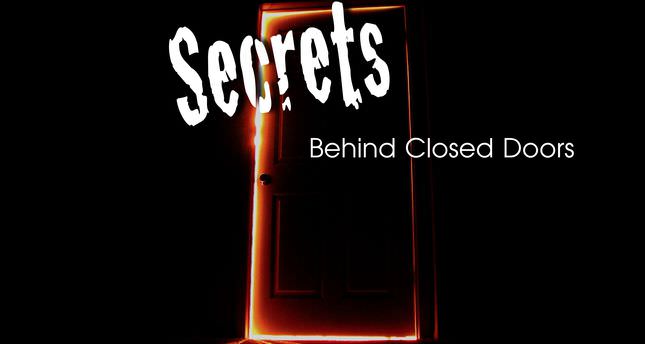 by Furkan Haykır Apr 07, 2014 12:00 am
ISTANBUL — Mustafa Bozkurt, a former student who stayed at dormitories run by the Gülen Movement, says the student housing units were used to train movement loyalists to infiltrate state and government agencies.

Bozkurt, 27, attended a prep school operated by the Gülen Movement and stayed at a Gülenist dormitory and houses during his university education. Speaking with Daily Sabah, Bozkurt said he was admitted to a Gülenist dormitory while attending prep school. "Two months before the university entrance exam in 2007, me and 120 others at the prep school were accommodated at four dormitories. I was staying at a dormitory in Üsküdar (a district on Istanbul's Asian side).

They gave me a code name. I was called Serhat. I was studying for admission to a vocational school for police officers.

One day, we were introduced to a man named Ömer. He was an insurance agent living in Ankara. Last year, I found out he was actually Kozanlı Ömer," he said.

Kozanlı Ömer, whose real name is Osman Hilmi Özdil, came under the spotlight after Gülen-affiliated prosecutors and police chiefs led the Dec. 17 probe aimed at discrediting the government. He is the alleged imam or point man of the movement within law enforcement agencies and conveys the movement's instructions to Gülenist loyalists within the police department. "Students were separated in houses and dormitories according to their specialty. For instance, students preparing for exams to enroll in schools for law enforcement, military and faculties of law were staying at different dormitories.

Older students were in charge of helping younger students to prepare for the exams. People in charge of dormitories wanted those studying different subjects not to contact or see each other. I believe they were planning to form sleeper cells," Bozkurt said.

Bozkurt claims questions for entrance exams to the police academy were provided to students about one week before the exam. "But they would never allow students to leave the dormitory with questions and [we were] not allowed to photocopy the questions. Only a handful of people they trust had copies of questions," he said. "When we asked how they found the questions, they told us the questions were provided by police chiefs close to the movement," Bozkurt added.

Bozkurt also said that in dormitories, Fethullah Gülen was described as "Mahdi," who is believed to be the savior of Muslims that will appear before the doomsday in Islam. "People from the movement used to tell us that Gülen had features of Mahdi as he was spreading the word of Prophet Muhammad across the world through schools in other countries," he said.