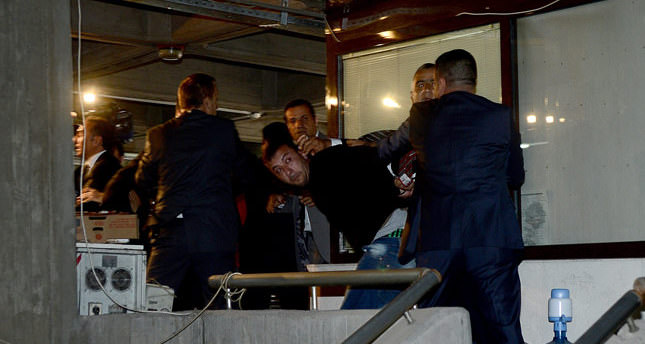 by AA Apr 09, 2014 12:00 am
ANKARA — The man who punched Turkey's opposition leader in parliament on Tuesday is named as 28 year-old AK Party member, Orhan Övet from the province of Erzurum, said AK Party deputy chairman and spokesperson Hüseyin Çelik on Wednesday.

Övet has since been expelled from the AK Party, Celik announced via Twitter.

He was taken into custody after the attack and is due to be questioned by Ankara's prosecutor Sadik Bayindir, who is responsible for terror crimes. Övet is accussed of punching Kemal Kılıçdaroğlu, leader of the Republican People's party (CHP), in the Turkish Parliament on Tuesday.