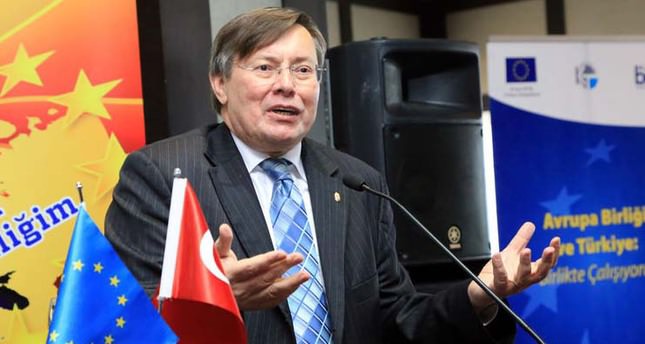 by AA Apr 10, 2014 12:00 am
ANKARA — Hungary wants to see Turkey in the European Union, the Hungarian ambassador in Ankara said Thursday. But he noted, as well, that there are conditions for joining the EU.

"Until we joined the EU, our Parliament organized legislation and adopted new laws each working day," the ambassador, Janos Hovari said.

Turkey applied to accede European Economic Community, a predecessor of European Union in 1987, and in 1999 it was recognized as a full membership candidate. Turkey-EU negotiations started in 2005 and are still continuing.