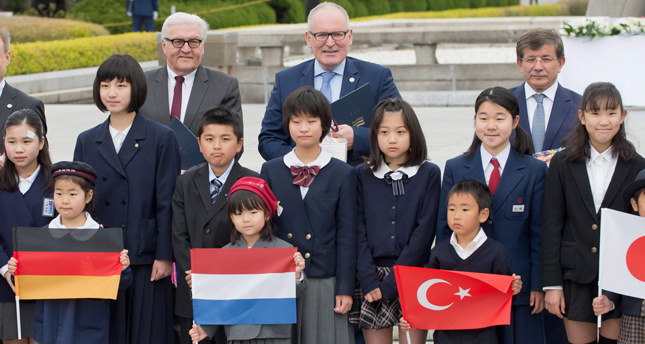 The Non-Proliferation and Disarmament Initiative (NPDI) criticised North Korea for its nuclear and missile programme and urged the reclusive state to accept inspections by the International Atomic Energy Agency (IAEA) and return to the Non-Proliferation of Nuclear Weapons (NPT).
"We strongly condemn North Korea's nuclear and ballistic missile programmes which undermine the NPT and the global nonproliferation regime as well as pose a great threat to regional and global peace and stability," a statement said.

"We strongly urge North Korea to abandon all nuclear weapons and existing nuclear programs and to return to compliance with its IAEA safeguards agreement and the NPT," it added.

It further called on leaders from countries equipped with nuclear arms to visit Hiroshima and Nagasaki, two Japanese cities devastated by US atomic bombings in World War II, to "witness the consequences with their own eyes."

In recent weeks, North Korea has conducted live-fire drills near the disputed border with South Korea, test-fired ballistic missiles capable of hitting Japan, flown rudimentary drones into the South and threatened to carry out a "new" type of nuclear test.