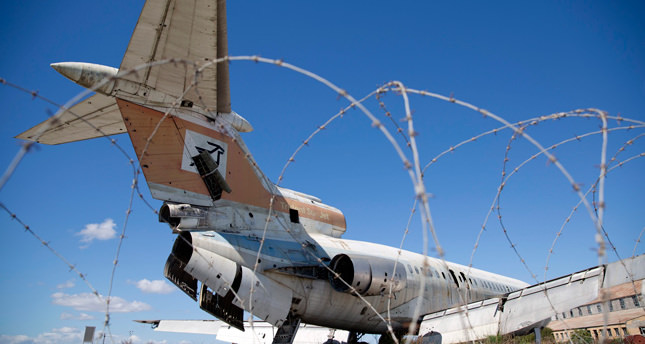 by AA Apr 12, 2014 12:00 am
LEFKOSA, TRNC — The Turkish Republic of Northern Cyprus seeks Turkey's support in negotiations with the Greek Cypriot administration over reuniting the long-divided island, TRNC President Derviş Eroğlu has said.

Eroğlu stressed cooperation with Turkey as key to finding a solution.

He said the Greek Cypriot leader, Nikos Anastasiadis, was willing to suspend the process until the end of 2015.

But the Turkish and Greek communities were eager for a solution this year, he said.

"If we can finalize efforts before the end of this year, we as the Turkish Cypriot community will be very pleased. We know motherland Turkey will be pleased, too."

Turkey's European Union Affairs Minister Mevlüt Çavuşoğlu, who met Eroğlu on Friday, said later that Turkey regarded the region of Maras as one of the key issues in Cyprus talks.

Çavuşoğlu said a possible solution should address all existing issues on the island.

The issue of Cyprus is considered a major roadblock in Turkey's path to EU membership.

Maras, also known as Varosha in Greek, is a region situated on northern part of the divided island of Cyprus and where entry is forbidden, with the exception of the Turkish Army personnel, to Greek settlement.

The leaders of the Turkish and Greek sides had announced a joint declaration on unifying the island under a federation of two states in February. A similar deal in 2004 failed after Greek Cypriots refused it, though the Turkish side voted in favor of the plan.