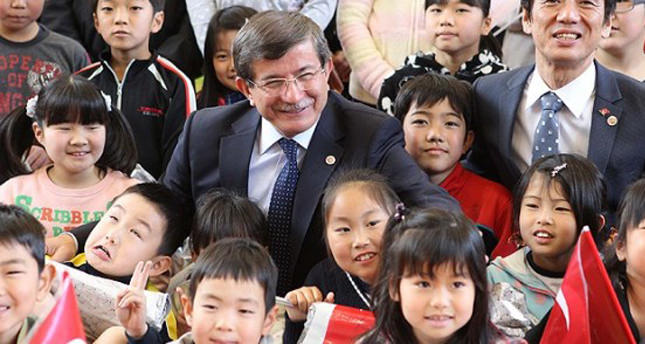 by AA Apr 12, 2014 12:00 am
JAPAN — Turkey has a principal attitude towards nuclear disarmament, said Turkey's Foreign Minister Ahmet Davutoglu as he attended the two-day meeting of the Non-Proliferation and Disarmament Initiative in Hiroshima, Japan.

Davutoglu praised Japan for setting up the initiative in 2010, in conjunction with Australia, to lead international efforts in nuclear disarmament. "It's important for a country like Japan, the first country ever to suffer the effects of nuclear weapons, to lead such an initiative...We all have a common goal in not wanting to see a repeat of Hiroshima."

The U.S. in August 1945 dropped the first atomic bomb on Hiroshima, Japan during the final stages of the Second World War.

The Disarmament Initiative is a group of 12 non-nuclear-weapon states that Japan and Australia initiated in 2010 to lead international efforts in nuclear disarmament.