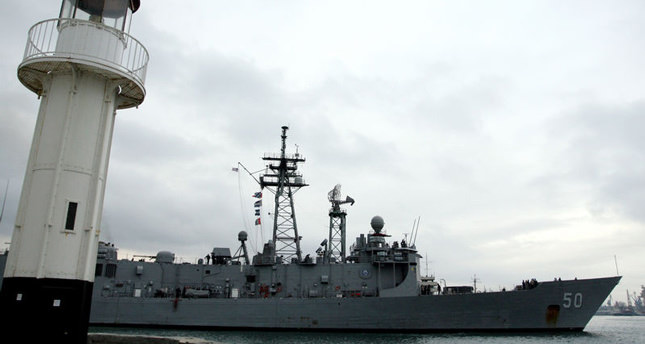 by Apr 12, 2014 12:00 am
ANKARA — Turkey on Saturday dismissed as "out of the question" claims from Russia that it had allowed U.S. warships to stay longer in the Black Sea than permitted under international law.

Russia has complained that U.S. warships have remained in the Black Sea longer than the 21 days allowed by an international treaty, amid ongoing tensions between Moscow and the West.

"We brought this to the attention of the American side and of course Turkey, which is the country that hosts the straits," Lavrov was quoted as saying by RIA Novosti state news agency.

But Ankara hit back, with the foreign ministry dismissing as "odd" Russia's insistence on the convention, which limits the stay of warships from countries that do not border the Black Sea.

A Russian diplomat was called into the foreign ministry on Friday to hear Turkey's views on the matter.

According to Russian media, the USS Taylor stayed too long in Black Sea waters, under the pretext it needed a propeller screw repaired in the Turkish port of Samsun.