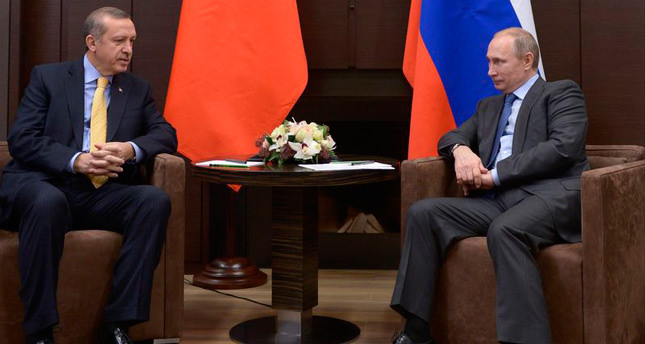 by AA
Apr 13, 2014 12:00 am
KAYSERI — Russia and Turkey have deep-rooted, strategic relations which cannot be damaged by the ongoing crisis with Ukraine or any other incident, Taner Yıldız, Turkey's Energy and Natural Resources Minister, said as he discussed Turkey's natural gas requirements, of which Russia supplies almost half.

Speaking in Kayseri, Turkey, Yıldız added that "Turkey-Russia relations should not have any problem in reference to their natural gas agreements resulting from the Ukraine issue. We have mutual interests."

"I hope though Russia and the EU will find a solution to the Ukraine crisis. Turkey, however, has no intention of providing financial support to Ukraine."

Russian President Vladimir Putin has written to European leaders who purchase Russia's natural gas informing them of the possibility of Ukraine's gas supplies being cut-off if its bill remains unpaid. This follows the announcement on April 1 from Alexei Miller, chief executive of the state-owned gas supplier Gazprom, of a price increase of $117 to $385.5 per 1,000 cubic meters of gas to Ukraine.

This ensued after Putin terminated a number of Russian-Ukrainian agreements including one that gave Ukraine discounts on gas prices in return for Russia's lease on the port of Sevastopol where its Black Sea Fleet is stationed.

Ukraine's government has called the decision 'a declaration of economic war,' and has refused to pay its debt or adhere to the price hike.