Çavuşoğlu calls EU to be sincere for Turkey's bid 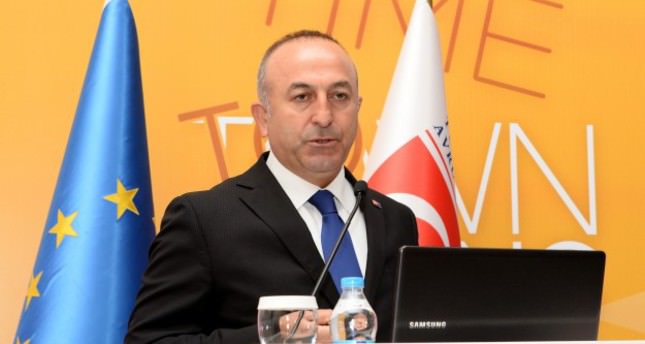 by AA Apr 14, 2014 12:00 am
ANKARA — Mevlüt Çavuşoğlu, Turkey's EU minister, has asked for 'sincerity' and 'realism' from the EU in regards to the opening of new chapters for Turkey's accession to the 28-member bloc.

The chapters form the basis of accession negotiations for each country to the EU. They focus areas which require reforms in order to meet the accession conditions.

Çavuşoğlu said at the EU-Turkey town twinning conference held in Ankara Monday that "Preventing the opening of Chapters 23 and 24 on 'judiciary and fundamental rights' where Turkey has been criticized is not a realistic and sincere approach."

Çavuşoğlu said the EU-Turkey Town Twinning Project was a cultural activity and would help overcome prejudices in the EU, adding that "today, one of the biggest problems of the EU is racism and xenophobia."

The Town Twinning Program aims to contribute to the establishment of partnerships between Turkish provinces and EU member states' local authorities for the exchanging of experience in reference to the implementation of the EU criteria.

Turkey began negotiations with the EU in 2005. It must comply with all 35 chapters to become a member. So far, only 14 negotiating chapters have been opened while 16 remain blocked due in part to the ongoing dispute over Cyprus.

The island has been divided between Greece and Turkey since 1974, when a Greek Cypriot coup was followed by a Turkish peace mission to aid Turkish Cypriots in the north.