Turkey on alert against ISIL 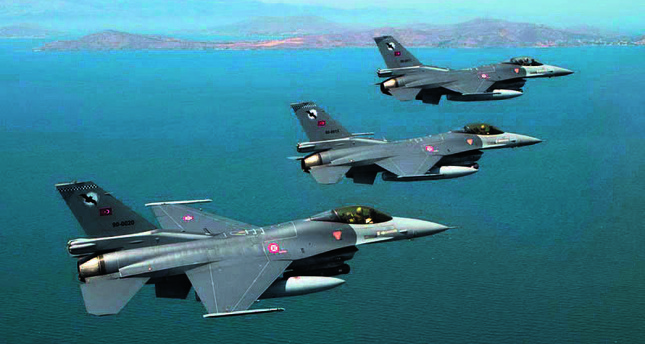 The Turkish land and air forces, currently conducting maneuvers in Central Anatolia, are ready to take measures against the Islamic State of Iraq and the Levant (ISIL) if it decides to attack the border with Syria or the Suleiman Shah tomb. ISIL is responsible for many attacks in Syria and Iraq

ANKARA — Turkey's army is currently conducting maneuvers in the central city of Konya and the country's air force remains on alert and prepared to respond to attacks along its border with Syria or the Suleiman Shah tomb, a Turkish enclave in Syria. The Islamic State of Iraq and the Levant (ISIL) threatened Turkey last month and called on soldiers stationed at the tomb to evacuate. Turkey has stationed about 25 soldiers at the site to protect the tomb, which houses the remains of the predecessors of Osman Bey, the Ottoman Empire's founder.

Turkey responded to ISIL's threats by announcing that Ankara will take action against ISIL should they attempt to move on the area.

Defense Minister İsmet Yılmaz said, "The threat against Suleiman Shah tomb has not been over. We have been closely following the group's activities in the region."

Last month, Yılmaz and Foreign Minister Ahmed Davutoğlu said that ISIL's threats would not be tolerated and Turkey remains prepared to respond to aggression on the part of the terrorist group.

The military maneuvers which are coming to a close were launched on April 7 and lasted for a total of 11 days. Eighty-one war planes were also deployed to assess their operational capability and prepare for several scenarios concerning a possible attack from Syria. In addition to F-16 fighter jets, recently acquired AWACS aircraft, which feature portable radar systems, were tested in the maneuvers.

Tensions between Turkey and the Syrian regime rose last month after a Syrian war plane was shot down by Turkish war planes when it violated Turkish airspace.