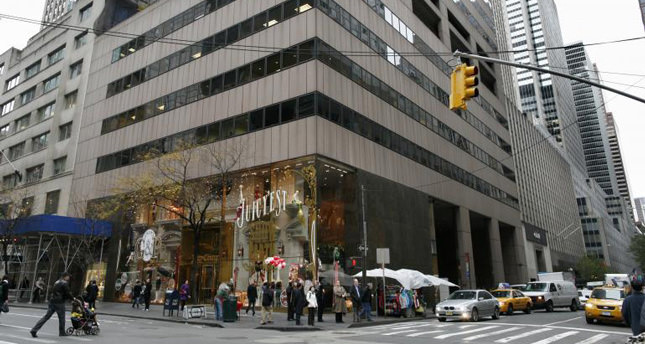 by Apr 19, 2014 12:00 am
TEHRAN — Iran's Foreign Ministry dismissed as "illegal" plans by US prosecutors to sell an Iran-linked Manhattan skyscraper in the largest terror-related seizure to date, media reports said Saturday.

Ministry spokeswoman Marzieh Afkham said in a statement late Friday the settlement lacked "legal credibility" and was influenced by "anti-Iran political propaganda," according to the reports in Iranian media. The settlement was unveiled on Thursday and has been approved by a federal judge.

Its main target is a 36-story building in the heart of New York City that is majority owned by the Alavi Foundation, a non-profit corporation promoting Islamic culture and the Persian language.

US prosecutors allege the foundation has transferred rental income and other funds to Iran's state-owned Bank Melli.
Iran denies links to the foundation.

"In spite of baseless claims by the prosecutor and the completely political and propaganda decision of the court, the Alavi Foundation is an independent charitable organisation in the United States. It has no links to Iran," Afkham said.

"Even though such judicial-cum-political rulings are not new... (with this case) the credibility of American courts is at stake," she added.

The statement did not say whether Iran was planning legal action against the settlement, but Afkham mentioned that Iranian citizens were allowed to file legal suits in the country against the US government. The US government intends to distribute proceeds from the sale of the skyscraper to families affected by terror attacks it says are linked to Tehran, despite Iran's repeated denial of accountability.

Among the creditors are the families and estates of victims of the 1983 bombing of the US Marine barracks in Beirut that killed 241 military personnel and the 1996 bombing of the Khobar Towers in Saudi Arabia that killed 19 US service members. A date has yet to be set for the sale of the properties, and one private plaintiff has not joined the settlement.