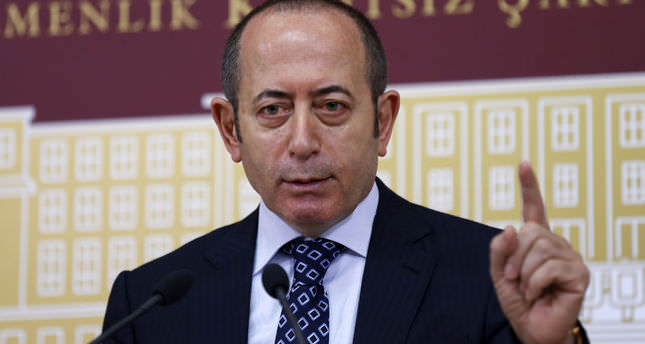 The Republican People's Party met at the Party Assembly to discuss their defeat in the March 30 local elections and future policies. Failing to go beyond pointing fingers, much of the criticism was leveled at chairman Kemal Kılıçdaroğlu

ANKARA — Over the weekend, the main opposition Republican People's Party (CHP) evaluated its March 30 election defeat and discussed strategies for the upcoming presidential election. On Friday, the CHP Party Assembly, which is a 60-member board in charge of setting party policies, held a 10-hour tense debate. Moreover, CHP deputies gathered at party headquarters on Saturday for more hours of fierce debate.

During the meetings, CHP leader Kemal Kılıçdaroğlu faced heavy criticism from CHP deputies who claim it was a mistake for the main opposition party to welcome Gülenist support and move away from its core principles of secularism and class politics. According to sources, Kılıçdaroğlu has been criticized by many party members for forming an electoral alliance with the Gülen Movement and nominating mayoral candidates from right-wing backgrounds. Kılıçdaroğlu dismissed allegations that the party aligned with the Gülen Movement and was moving to the right, stating that "the CHP has 90 years of history and a shift into another direction is not possible." In order to be successful, the CHP will have to welcome all social groups, the main opposition leader added.

Member of the Party Assembly and former Minister Fikri Sağlar criticized Kılıçdaroğlu, saying, "In the election, we lost Mersin which has been left wing for 28 years. I don't know if will you apologize to the people of Mersin or not but you will go down in history with this defeat."

Moreover, CHP Denizli Deputy İlhan Cihaner said Kemalist hardliners within the party asked for an explanation from Kılıçdaroğlu regarding the tape that was leaked before the election. Aydın Ayaydın, Istanbul deputy and chief advisor to Kılıçdaroğlu, is recorded having a discussion with a representative of the Gülen Movement about Istanbul mayoral candidate Mustafa Sarıgül. In response to this claim, Kemal Kılıçdaroğlu once again denied the alliance with the Gülen Movement and ended the discussion saying, "If we had an electoral alliance with them I would say so."

Regarding the election results, the CHP chairman stated that he will not stand behind the people who made mistakes during the campaign period, and signaled for a revision at the party's central executive committee in the coming days.

In the meetings, CHP deputies also discussed the upcoming party congress. According to the party charter, CHP should expect to hold the congress on July 18; however due to the presidential election the congress may be postponed to September.

Ankara Deputy Emine Ülker Tarhan, a staunch secularist who served as a minority whip between 2011 and 2013, previously leveled heavy criticism at CHP leaders and did not attend the meeting. Legendary party chairman Deniz Baykal, who recently remarked that "Republicans made crazy mistakes in the elections," attended the meeting but did not take the floor.

The CHP will continue its assessment meeting next week where party chairmen from 81 provinces will come to CHP headquarters for discussions on April 26 and 27.

The local election results indicate clear failure on the part of the CHP. According to results, CHP's votes declined in 68 provinces out of a total of 81 provinces in Turkey and only in 13 provinces was the CHP able to increase its votes compared to the 2011 elections.
Last Update: Apr 21, 2014 8:39 am