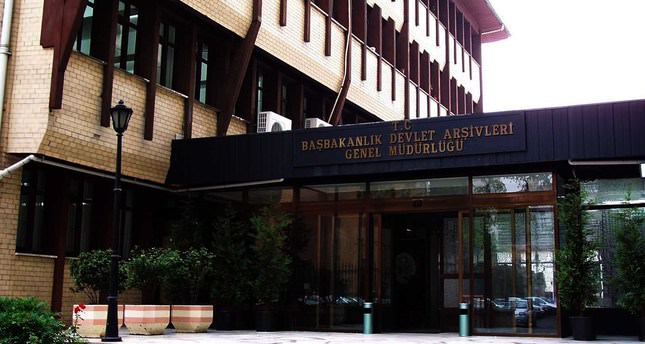 While Turkey opened its official archives to scrutiny to uncover the facts about the 1915 Armenian incident, the failure of the Armenians to reciprocate prevents the matter from being tackled scientifically and proves that the issue is used as a political tool

ISTANBUL — As the 99th anniversary of the 1915 incidents approaches, discussions of the alleged Armenian genocide increased. While many Armenian diaspora members claim 1.5 million Armenians were killed during World War I, several historians emphasize the importance of archives for reaching an accurate conclusion regarding the events. By admitting that it was one of the unprecedented tragedies during the war, the issue must be approached based on historical facts, according to Turkey's stance.

Following the visit, the two countries signed two protocols to "establish diplomatic ties" and "improve bilateral relations" in 2009. Yet, the Armenian Constitutional Court cancelled the protocols as Armenian politicians were unhappy with the ongoing process and raised genocide claims.

In 2010, Armenia halted the processes and relations were frozen.

In the background of the negative response to Turkey's outreach, Turkey's steps to broaden minorities' rights continued independently from relations with Armenia. Turkey launched reform packages to return property previously belonging to minorities. Additionally, those who could prove they were citizens of the Ottoman Empire after fleeing to different countries after World War I were guaranteed to receive Turkish citizenship. In 2010, one of the most important churches, the Akhdamar Church in Turkey's eastern city of Van, was opened for religious ceremonies. In 2011, another big Armenian church in Turkey's southeast in Diyarbakır, Surb Giragos Church, was opened for religious ceremonies.

According to Foreign Ministry sources, Turkey has been aiming to normalize relations with Armenia to contribute to security and stability in the Caucasus region.

Davutoğlu said the visit was an important step and overcame many psychological barriers. Analysts noted that despite Armenia's reluctance to improve relations, Davutoğlu's visit was significant in terms of signaling a new reconciliation process when Armenia is ready.

Besides the diplomatic attempts, in 2006 Turkey offered to create a commission that would include Turkish and Armenian historians to delve into the 1915 incidents. The commission was to open Armenian, Turkish, British, German and Russian archives to shed light on the issue. If the alleged genocide was proven at the end of the commission's investigations, Turkey said it was ready to admit the occurrence. Yet Armenian officials did not accept the offer, putting forth several excuses.

However, the other countries have not been keen on opening and publishing their archives, while the Turkish Culture and Tourism Ministry founded a commission to find and translate archive documents into Turkish and English.

Armenia and the Armenian diaspora have not accepted any offer made by Turkey to date.

They have continued politicizing the historical issue by lobbying in several countries, including the U.S., where the Committee on Foreign Affairs in the U.S. House of Representatives passed a resolution recognizing the unproven genocide claims. Furthermore, the diaspora blamed Turkey for taking insufficient steps toward the issue, while Armenia has not made any steps.

Turkey was also accused of letting Syrian opposition members murder Armenians living in Kasab in northern Syria. Yet, in Daily Sabah's previous reports, it was found opposition forces helped evacuate the Armenians to Turkey and cooperated with Turkish officials for the Armenians' security. In a second report, to be published tomorrow, the 1915 incidents will be explained in the light of the archives.
Last Update: Apr 23, 2014 4:40 pm
RELATED TOPICS