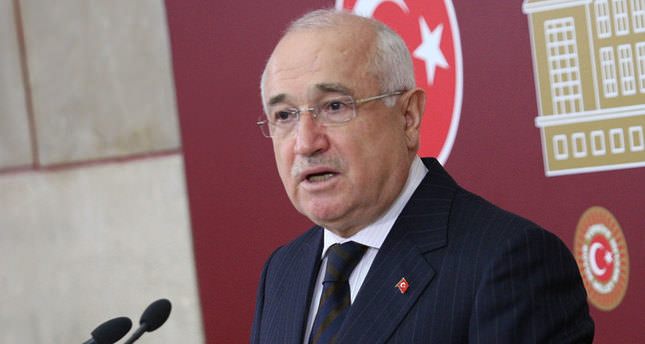 Tayyar said, " After Haşim Kılıç's remarks it has become more necassary for Prime Minister Erdoğan to become President." He continued by saying that the upcoming presidential elections is the most important stage of the struggle for liberty.

The next reaction came from AK Party's Vice Chairman Mustafa Şentop. Şentop said he found Kılıç's statement "..very inappropriate and shallow," and added "he should better take off his judge's gown and step into politics."

Minister of Justice Bekir Bozdağ also said that Kılıç's remarks were not the words of law but rather political. He said that no post is higher than Turkey's General National Assembly. Bozdağ was critical of Kılıç and said "Turkey's top judge acts like an opposition party leader," he also emphasized that Kılıç's remarks were full of political arguments.

Turkish parliamentary speaker Cemil Çiçek said "Kılıç's statement is a weak judiciary notion, his statement is not appropriate to his judicial authority. Nobody went to the constitutional court's anniversary to get slammed or reprimanded.