Israel will not negotiate with Hamas-backed Palestine 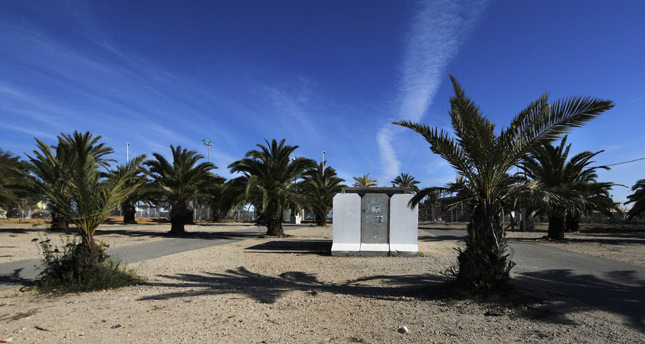 by reuters
Apr 27, 2014 12:00 am
WASHINGTON D.C. — Israeli Prime Minister Benjamin Netanyahu reiterated on Sunday that his government would not take part in Middle East peace talks with a Palestinian government backed by Hamas.

In an interview with CNN, Netanyahu also said Palestinian President Mahmoud Abbas's comments earlier on Sunday denouncing the Holocaust could not be reconciled with his alliance with Hamas.

"We will not negotiate with a government backed by Hamas," Netanyahu said on the CNN program "State of the Union."

Israel on Thursday suspended U.S.-sponsored peace talks with the Palestinians after Abbas announced a unity pact with the rival Palestinian group. Hamas is viewed by the United States, the European Union and Israel as a terrorist organization.

Apparently seeking to build bridges, Abbas said in a statement released on Sunday that the Nazi Holocaust was "the most heinous crime" against humanity in modern times.

Abbas has condemned the mass killings of Jews in World War Two before and challenged allegations, stemming from a 1983 book he authored, that he is a Holocaust denier.

"President Abbas can't have it both ways. He can't say the Holocaust is terrible but at the same time embrace those who deny the Holocaust and seek to perpetrate another destruction of the Jewish people," Netanyahu said on CNN.

"I think what President Abbas is trying to do is to placate Western public opinion that understands that he delivered a terrible blow to the peace process," he said. Ukraine's quest for EU ties triggered the current crisis in relations with Moscow, dividing the nation between those seeking to look West and those wanting to stay in Moscow's orbit.

Moldova's pro-European prime minister Iurie Leanca has said EU-inspired reforms and visa-free travel for Moldovans are the best hope of resolving the "frozen conflict" of Transdniestria, arguing they would make Moldova more attractive to those in the rebel region.

An official from the European Commission confirmed the visa exemption did not depend on ethnic origins and could include people living in Transdniestria.

A narrow strip of land near the Ukrainian border, Transdniestria has not been recognised by any state as independent, but it is home to Russian troops and half-a-million people - 30 percent of them ethnic Russians - who look to Russia as their patron, much like the ethnic Russian majority in Crimea.

EU partnership deals depend on certain reforms. In its statement, the Commission, the EU executive, said Moldova had reformed its interior ministry, modernised its border police and made progress towards ensuring equality and human rights.