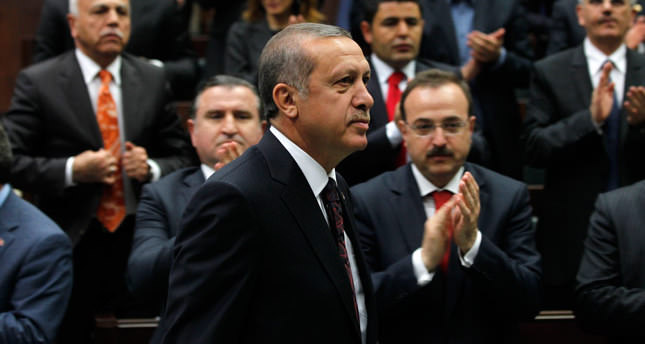 ANAKARA — Turkish Prime Minister Recep Tayyip Erdoğan's April 23 condolence message to the grandchildren of those who lost their lives during the 1915 Armenian incidents is still making a buzz across the world. Erdoğan became the first Turkish prime minister to offer his condolences to the Armenians in the country's history.

According to information obtained from sources, the message was intended to reach out directly to the Armenian people, as opposed to lobbies or official state agencies that have been involved in the Turkish-Armenian dialogue process previously.
The prime minister did not want Armenia's or the diaspora's leadership to manipulate what was said. This time, Turkey broke with convention and released the statement one day before April 24, the anniversary of the incidents, which the U.S., France and Armenian diaspora condemn and describe as genocide.

An Armenian businessman Leon Armanlı published an ad on Turkey's Hürriyet newspaper to thank Erdoğan. In the ad he wrote that Erdoğan was the biggest politician in Turkey after Mustafa Kemal Atatürk. Richard Giragosian, the director of the Armenia-based thinktank Regional Studies Centre, labelled Erdogan's statement as "an unprecedented gesture" from the Turkish side. He told Anadolu Agency (AA) "I would argue that the statement was both unexpected and unprecedented. Therefore it was a welcome gesture from the Turkish side." Pointing out that there is a natural difference between Armenian diaspora and the Republic of Armenia, Giragosian said: "As a neighboring country, Armenia seeks open borders and diplomatic relations with Turkey, which is a different state level agenda than the diaspora whose perspective and the identity was shaped by the incidents of 1915 as is mine."

Giragosian, who was a member of the U.S.-based Armenian diaspora and later moved to Armenia, said the fact that he lives in Armenia changed his perspective to embrace the need for trade, open borders and diplomatic relations.