I was misguided, says Joachim Gauck 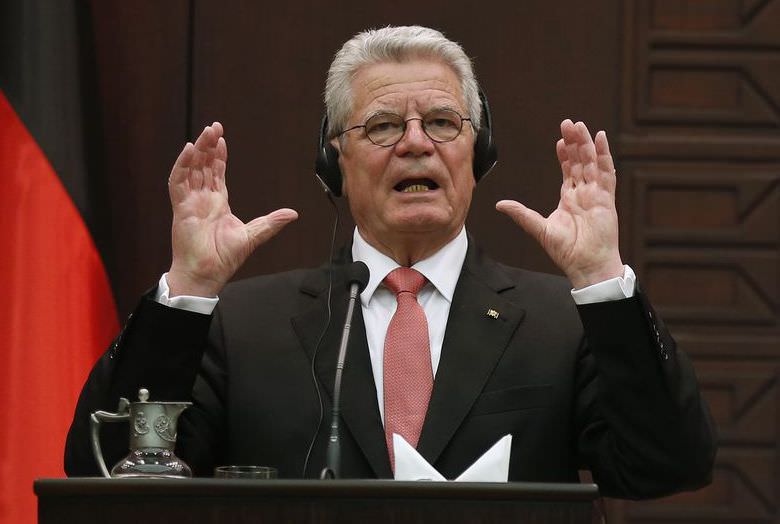 by Daily Sabah May 01, 2014 12:00 am
ISTANBUL — In a televised interview on Turkish news channel a Haber, German President Joachim Gauck surprised the audience with remarks that markedly differed from the ones he made at Middle Eastern Technical University (ODTÜ) earlier this week. Praising the Turkish government's initiatives in terms of Armenian citizens in Turkey, the Kurdish question, the European Union and other topics, Gauck indicated there has been significant progress in the country, which contradict the statements he made at ODTÜ, where he slammed the government for restricting rights and freedoms in Turkey and said he was concerned about the current situation of democracy and rule of law in the country.

Attributing his negative statements to a number of nongovernmental organizations, Gauck stated these organizations had influenced him to speak in such a manner.

Gauck's statements were criticized by Erdoğan, who stated Gauck had conveyed misguided information at ODTÜ after his meeting with Erdoğan, when he spoke otherwise.