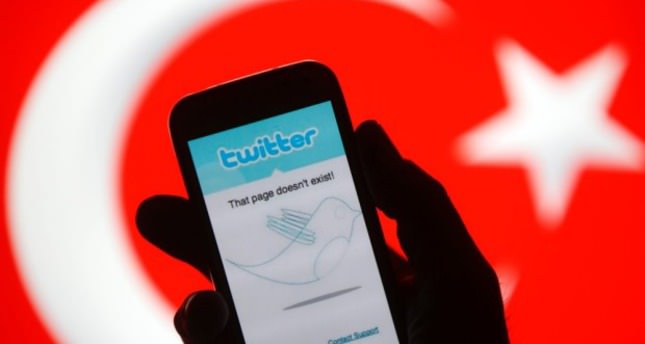 by Daily Sabah May 01, 2014 12:00 am
ISTANBUL — Minister of Transport, Maritime Affairs and Communication Lütfi Elvan said that Twitter has obeyed 16 court rulings so far and has been evaluating 10 others. He stated that the second meeting between representatives of Twitter and Information and Communication Technologies officials will be held in Ireland mid-May. Elvan added that officials will discuss other unresolved issues. Senior officials from Twitter arrived in Turkey last month to resolve the "Twitter crisis" after the popular social media website was closed for 13 days by Turkish authorities for disobeying court decisions, a closure that was challenged at the Constitutional Court, resulting in removal of the ban.

Three issues were addressed at the first meeting held at the prime minister's office, including Twitter's reluctance to abide by court orders, the suspension of fake accounts causing damage to individual rights and privacy and its hesitance to open an office in the country and pay taxes. The idea that Twitter became a playground for people to commit crimes online was brought to Twitter's attention by Turkish officials, who requested immediate action against profiles that promote hatred and crimes. In response to this, Twitter noted it respects freedom of expression but at the same time is sensitive to cybercrimes. The company said it would recognize all rulings by Turkish courts and take necessary precautions to avoid the spread of crimes through the website in the future.

Additionally, the issue of IP numbers where crimes were committed was also resolved as both sides agreed to take effective action through the mechanism which will be established between Twitter and telecommunications authorities.

Meanwhile the social media site has been taken to the Constitutional Court for disobeying laws. Twitter is receiving negative feedback from a number of actors throughout the world. The Global Languages Center and People of the Earth Foundation in Turkey have applied to the Constitutional Court to ensure popular media websites such as Twitter, Facebook and YouTube obey laws and regulations or close them otherwise. Selamettin Tellioğlu, the president of the foundation, in his petition claimed these websites incited hostilities and served as a tool to damage societal morals and humanitarian values. "These websites instigate hatred and hostilities between different people and societies through the spread of hostile opinions and attitudes with the use of profanity, insults and a number of inhumane acts," reads the petition, which called on the authorities to enforce rules and regulations on these foreign websites, as they consistently damage the principles and values of their foundation.

In addition, Spanish gendarmerie forces have taken at least 17 people into custody for promoting terrorism through Facebook and Twitter.

According to the Spanish Ministry of the Interior, 12 of those who were arrested were from the Basque and Navarra regions and the investigations will continue.

The aforementioned suspects were known to publish messages praising violent acts, the Basque Homeland and Freedom (Euskadi Ta Askatasuna) organization and insulted victims of terrorism, while encouraging the use of violence for ETA's future actions. While Spanish authorities gained access to user information from Twitter, Turkish authorities were denied access to user information by Twitter, which closed their way to reach such suspects.

Twitter's financial figures indicate that they have not reached anticipated expectations, as they were expecting to make $273.3 million but only made $250.4 million in the first quarter of 2014, and the number of active registered users dropped to 25 percent from 30 percent.