Erdoğan: No disagreement with president 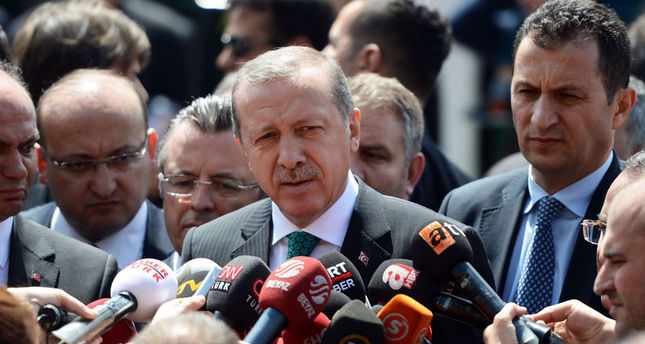 by AA May 02, 2014 12:00 am
ANKARA — Turkish Prime Minister Recep Tayyip Erdoğan said on Friday that there is no any disagreement with President Abdullah Gül on who to nominate in the upcoming presidential vote in August.

Speaking to journalists in capital Ankara, Erdoğan said that he and Gül had "devoted ourselves to the same ideal for years" and that a candidate will be determined by them working together.

Gül and Erdoğan are co-founders of Turkey's ruling AK Party. Turkish media reports have said Erdoğan and Gül have been in talks for a possible job swap. The Turkish president have denied any such option saying, "Putin-Medvedev model" – where the Russian president and the prime minister effectively swapped offices in 2012 – is not a suitable one for Turkey.

Erdoğan is in his third term as premier and according to his party's rules he cannot run for a fourth term. Stating that consultations on a candidate for the president had been ongoing within the party, Erdoğan said that they have carried out public surveys and they would come to a conclusion following the results of all consultations and surveys.