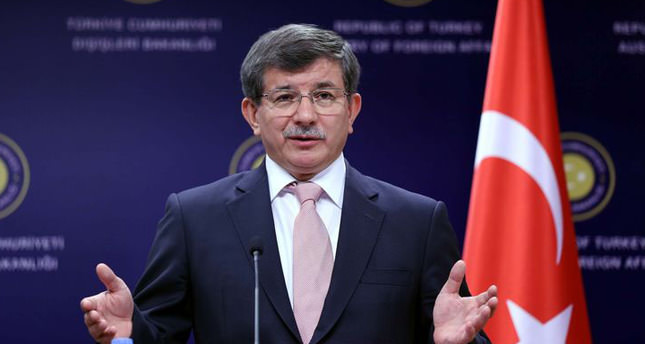 by AA May 02, 2014 12:00 am
ANKARA — Turkey's Foreign Minister Ahmet Davutoğlu strongly rejected a recent report from U.S. based non-governmental organization Freedom House, which downgraded Turkey's status on press freedom from "partly free" to "not free."

Answering journalists' questions Friday after a bilateral meeting with his Omani counterpart Yusuf bin Alawi in Ankara, Davutoğlu said Turkey was not comparable to the other countries in the same bracket.

According to the Freedom House report for press freedom in 2013 released Thursday, Turkey saw the biggest setbacks in press freedom and became the only country in Europe to be designated "not free."

"Turkey remained the world's leading jailer of journalists in 2013, with 40 behind bars as of December 1, according to the Committee to Protect Journalists," the report said.

Davutoğlu refuted such a number, saying there are 17 jailed journalists, 13 others in ongoing trials and 12 who have been released as of May 2 2014.

"These people were jailed because of their illegal acts and coordinating with terrorist organizations. The report does not even mention the twelve released journalists, this is an operation to change perceptions towards Turkey," said the Turkey's Foreign Minister.