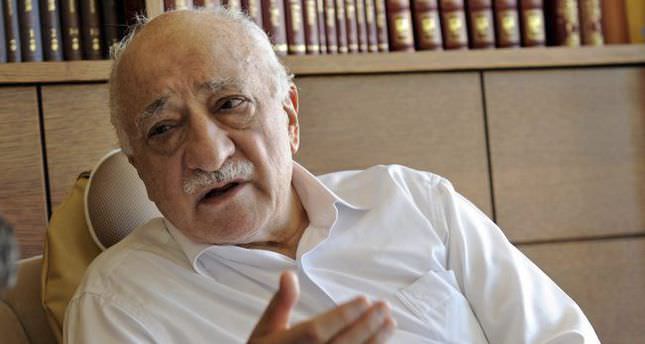 by Daily Sabah May 03, 2014 12:00 am
ISTANBUL —The Turkish government may request the extradition of Fethullah Gülen, the shadowy leader of the Gülen Movement who is residing in the U.S. in self-imposed exile, following the initiation of an investigation by the Ankara Public Prosecutor's Office for "attempting to topple the Turkish government" and infiltrating key Turkish state institutions.

The extradition request is expected to be based on the agreement signed by Kenan Evran, a former president of Turkey, on Nov. 5, 1980. According to the agreement, the U.S. may refuse the extradition of Gülen if certain conditions outlined in the document are not present. Some of the conditions for refusal include crimes committed against the military and political crimes, lapse of time, if the person being requested for extradition has been tried and charged in the U.S., if the alleged criminal was granted amnesty in Turkey or the U.S., if the person is still being tried in the country seeking extradition and if the person was tried and acquitted or imprisoned in a third country.

According to American laws, establishing a criminal organization or being a member of one is sufficient basis for deportation and the conviction that the existence or actions of the person requested for extradition could be harmful for American foreign policy is also sufficient for deporting the individual. Other factors include disobeying American laws, smuggling, fake marriages, homicide, sexual crimes, drug addiction, spying, the provoking of rebellion, treason against the state, crimes against children and child abuse, forgery of documents, crimes negatively affecting public order, all attempts threatening the national security of the U.S., participating in terrorist attacks or being a member of a terrorist organization.

Turkey previously requested the extradition of Abdullah Öcalan, the leader of Kurdish terrorist organization PKK from Italy; Fehriye Erdal, the culprit of Özdemir Sabancı's assassination from Belgium; and Alaaddin Çakıcı, the leader of a crime organization from Austria. The requests were denied by the respective governments.