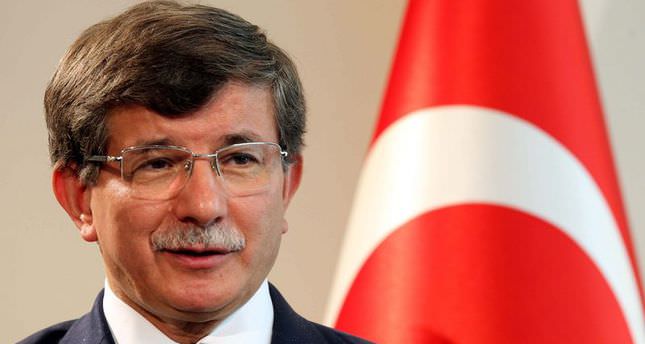 A report on Turkey by U.S.-based watchdog organization Freedom House raised eyebrows as the Turkish government seeks to uphold the rights of the press through new reforms

ISTANBUL — Turkish Foreign Minister Ahmet Davutoğlu on Friday said the U.S.-based advocacy organization Freedom House's controversial press freedom report that demoted Turkey's press freedom rating from "partly free" to "not free" includes both factual errors and a bias against Turkey. "The report, based on the data of the Platform of Solidarity with Detained Journalists, says there are 44 detained journalists in Turkey.As of May 2, only 17 of those journalists were imprisoned, 13 of them were jailed pending trial and 12 of
them released," said Davutoğlu.

Amid allegations of Turkish press freedom in decline, the Turkish government is in the process of reinvigorating its reformist image through approved and proposed amendments.

In its latest move, the long-awaited Turkish Press Law was proposed by the ruling AK Party to the Parliament in order to recognize news websites as news outlets and online editors as journalists to uphold Internet media's rights and responsibility.

According to the proposed law, online news agencies will only be included in the current press law if they want to be covered by the law. Social security opportunities will be extended to protect employees working for online news agencies. The proposed law will grant online media agencies the same privileges as print media, such as obtaining a press card. The amendment aims to uphold the scope of press freedoms stipulated by Turkish Code No. 5187.

Referring to a Committee to Protect Journalists (CPJ) report, Freedom House on May 1 released a report stating that Turkey remained the world's leading jailer of journalists in 2013, with 40 behind bars as of Dec 1. Criticizing Turkey harshly, the watchdog appears to turn a blind eye to latest developments in which almost all of those imprisoned were detained on a number of criminal charges, most importantly for being part of a terrorist organization. Out of 15 journalists, seven are members of the PKK, an organization recognized as a terrorist group by the U.S., the EU and a number of states. Their arrests are not related to their identity as journalists, but rather to their connections with terrorist organizations.

According to the report, "The region's largest numerical change occurred in Turkey, which declined from 56 to 62 points and moved from Partly Free to Not Free." This move sparked a number of questions: What are the limits of journalists' freedom to criticize certain figures without attacking personal rights and privacy? Is it fair to label certain journalists as pro-government because they do not have the same viewpoint as others? While having the right to harshly criticize the government is considered a press freedom, is it propaganda to praise the government's moves and amendments to uphold democracy?

Daily Sabah spoke renowned Turkish journalists on these questions and asked how they evaluate Turkey's press freedom. Experienced Turkish journalist Hakkı Öcal harshly criticized the Freedom House report, saying that it did not reflect the reality in Turkey. He said that Freedom House is a politically motivated watchdog that was established in line with U.S. political developments and it does not even present reliable statistics.

Naming Yavuz Baydar, who resigned from Turkish Sabah newspaper due to his contradiction with the newspaper's editorial line, and Hasan Cemal, who was removed from his post after leaking top secret state information, Öcal said that the watchdog's report was prepared under the guidance of Baydar and Cemal. That is why it is not difficult to understand that it the report is not fully objective.

Accusing the watchdog of reflecting only some newspapers' viewpoints by disregarding others, Öcal added: "Turkey does not lose its freedom just because it [Freedom House] said so. I doubt that Freedom House knows the latest amendments to uphold the country such as the democratization package.

Turkey has been developing in recent years. Each study which is done by disregarding this development reflects the old times of the country. The only negativity I personally observe in the country is the political apathy that is caused by the gap of effective opposition parties."

Another journalist working for Daily Türkiye, Ceren Kenar, evaluated the Freedom House report. She stated that Turkey's recent Twitter ban affected the downgrading of press freedom from "partly free" to "not free." She said, "The main problems of these kinds of reports are what parameters are used and to what extent they reflect the truth. I personally think freedom of expression has been upheld in Turkey for the last 10 years."

Noting that she worked for a conservative newspaper, Kenar said she can use "Armenian genocide" or "Kurdistan" in her pieces since Prime Minister Recep Tayyip Erdogan used these words in his own statements. Touching on newspapers which are known for their anti-government line, Kenar stated that certain leftist newspapers can harshly criticize the government in way that they could not before. "As media outlets described as 'progovernment' praise the government, others described as 'anti-government' criticize the government. This is an example of democracy in media. They evaluate developments in the country from different aspects and people who buy Turkish newspapers know about those newspapers' editorial lines. No one is deceived," Kenar said.

Pointing out that there was previously a monopolization of media, Kenar said, "Nearly 80 percent of Turkish media was controlled by Aydın Dogan [a Turkish billionaire media tycoon] in previous years, but there is a divided media now."

Yıldıray Ogur, a columnist at Daily Türkiye, said: "There are wrong and inaccurate statements in Freedom House's report. Their mistakes hurt their credibility. Ironically, when the number of jailed journalists was more than today, these institutions were silent.
They also miss the point of that 70 percent of the media outlets in Turkey oppose the government directly, and most of the columnists criticize the government almost every day. We have witnessed that a columnist has sworn at Erdogan. If someone swore at [U.S. President Barack] Obama in a U.S.-based newspaper, what would happen? The countries which are above Turkey in the list released by Freedom House are no different from Turkey. If someone commits a crime, regardless of his or her job, he or she has to abide by the law."