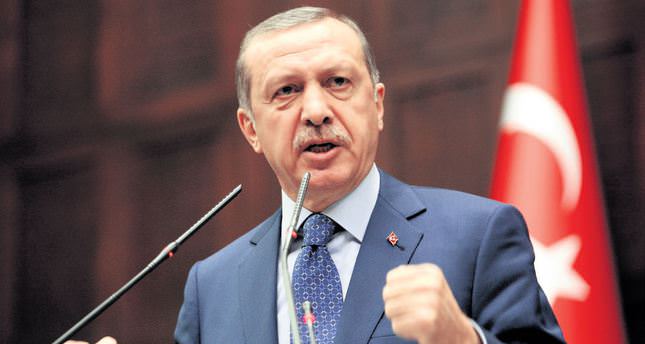 With millions of Turkish citizens living in Europe eligible to vote in the coming presidential elections, the ruling and main opposition party are planning campaigns on the continent

ANKARA — Ahead of Turkey's first-ever presidential election by popular vote on Aug. 10, the race is heating up between political parties, with both the ruling AK Party and main opposition Republican People's Party (CHP) trying to find ways to garner the support of Turks living in Europe.

Deputy Prime Minister Bülent Arınç said Sunday that "Prime Minister Recep Tayyip Erdogan will definitely be the presidential candidate supported by the AK Party." However, he added that the final decision on who will become AK Party's candidate is going to depend on talks between Erdogan and the incumbent President Abdullah Gül. According to the latest poll released by ORC Research company, if he runs, Erdogan will win 52 percent of the votes in the first round, avoiding a runoff, and become the president.

Once the list of presidential candidates becomes clearer, both the ruling AK Party and the main opposition Republican People's Party (CHP) expedited their election campaign processes, which are expected to begin by addressing Turkish citizens living abroad. As the Supreme Election Board (YSK) suggested, Turkish people residing abroad should be given four days to vote from Aug. 7 to Aug. 10. Since amendments to the law governing presidential elections requires a second round if a president cannot be elected by absolute majority in the first round on Aug. 10, Turkish citizens will be allowed to go to the ballot box from Aug. 21 to Aug. 24 for the second round.

It is also reported that in Germany, France and Holland which have a significant number of Turkish residents, Turkey is discussing the possibility of using sporting facilities, schools and fairgrounds as polling stations due to a fear that Turkey's diplomatic buildings in these countries will not be able to accommodate the crowds. Turkish citizens can check and update their registrations on YSK's website.
Figures released by the YSK show that 2.6 million voters are living abroad, including 1.5 million Turkish citizens in Germany and 85,000 in the U.S. Foreign voters make up some 5 percent of overall voters. Millions of Turkish citizens can vote in countries where they reside. In the previous elections, Turkish citizens were required to return to Turkey in order to vote. According to existing figures, 7 percent of Turkish citizens living abroad during the last elections, totaling some 2.6 million people, returned to Turkey to vote. This percentage is expected to increase up to 95-97 percent following the passage of the latest election law. Turkish citizens can also return to Turkey to vote at airports or other points of entry into the country.

In line with amendments over the presidential elections in 2012 allowing Turkish citizens living abroad to vote, both the AK Party and CHP are scheduled to visit European countries to address the Turkish population residing outside Turkey. Erdoğan is expected to visit Germany, France and Holland in May. The CHP will also focus its election campaign in those countries and Belgium.

Expressing their concerns about the fact that the ballots will be counted in Turkey instead of the country they were cast, the CHP is working on two different formulas to ensure votes are counted properly. First, they are requesting the wet signature of ballot box committees when the ballots are sealed and secondly, they suggest the officials at the polling station accompany the sacks containing the ballots. Also, a "How to Vote" guidebook is being prepared under the scope of the party's campaign efforts in Europe. The party's overseas coordinator Durdu Özbolat said there are 2.8 million voters in Europe, around 5.5 percent of the votes which is a significant number. "This is why we should chase every single vote" said Özbolat. According to the CHP's findings, 2.7 million citizens will vote at 2,392 polling stations in 54 countries and the highest number of Turkish voters abroad are located in Europe.

CHP leader Kemal Kılıçdaroğlu is planning to visit these countries ahead of elections but first will visit the U.K. on May 15. During his three days in the country Kılıçdaroğlu will deliver a speech at the Oxford Union. He is also expected to visit local organizations and will meet with officials from the Labor Party.